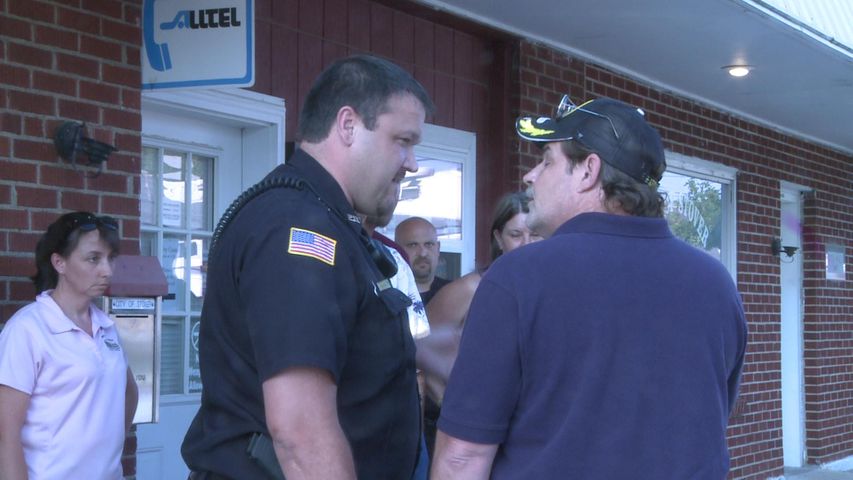 STOVER - The city council meeting Thursday night ended in a shouting match outside city hall between several residents and the chief of police, Trampus Jackson. The residents were upset after being unable to speak at the meeting about the Mayor and Police Chief's past after several other residents were asked to speak about some of their concerns.

The residents who submitted forms requesting to speak about the mayor or police chief's past were notified they would be removed and potentially arrested if they tried to speak at Wednesday's meeting. At least eight residents submitted requests of this kind and many did not attend the meeting because the call they receieved.

Aaron Fowler and Jon Noegel were the two residents that got vocal at Wednesday's meeting. They have tried speaking at the past few city council meetings, but have been generally unable to do so. The two would like the mayor and police chief to both step down if for no other reason than "their own dignity."

Other residents at Thursday's meeting were fine with the lack of public comment at the council meeting. Dwight Palmer, who employs Mayor Scott Beckmann, says he wouldn't mind if the elimination of public comment was permanent.

"It's really the same few people saying the same few things at the meetings, so to do away with the public comment portion wouldn't be a bad idea," Palmer said. He also says that Jon and Aaron do not represent the community as a whole, but instead a small portion of the community. He says the fact that the mayor was reelected after being indicted shows that the city supports him.