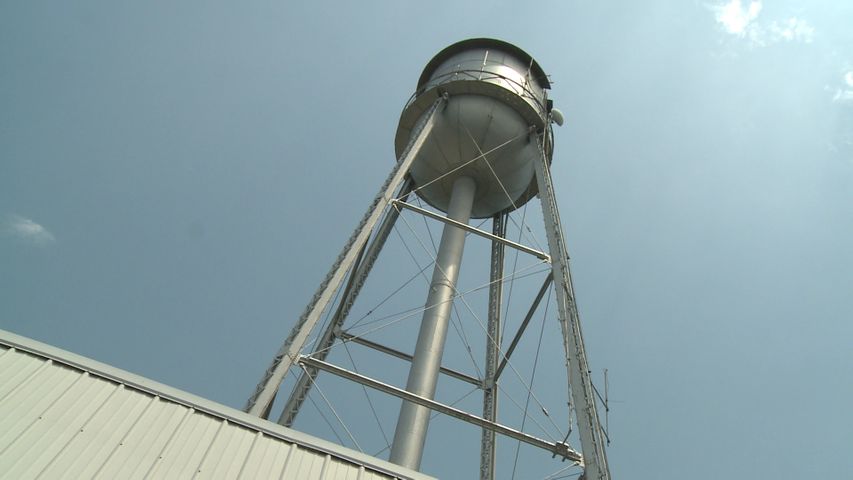 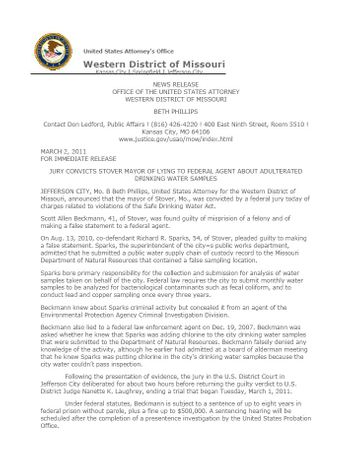 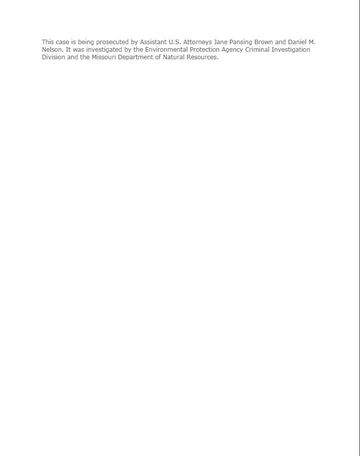 STOVER - Stover Mayor Scott Beckmann refused to speak Friday about his involvement in a city water scandal.  Our questions followed a board of aldermen meeting Monday where one resident asked Beckmann about his conviction.  The Western District of Missouri federal court found Beckmann guilty of withholding information and lying to a federal agent in March.  The court found Beckmann knew about the former city superintendent's criminal activity.  That man, Rick Sparks, plead guilty to submitting a water sample from a false location.  Also, the court ruled Beckmann said at a board of aldermen meeting that he knew Sparks was inserting chlorine into the water samples to be sure the city met safety requirements.

KOMU spoke with a resident who opposed Beckmann in the race for mayor this April.  While Frank Meyer lost to Beckmann, he said he ran for mayor to resolve the water issue.

KOMU spoke with Rick Sparks Friday, who said he wishes the city backed its employees better.  He said the board of aldermen members change frequently and this limits them from knowing the full truth of what is going on.  He said he feels sorry for Beckmann and does not think that Beckmann is a liar.

Beckmann is still in office while he awaits sentencing.  There is is no date set yet, but he faces a possible eight years in federal prison and fines up to $500,000.