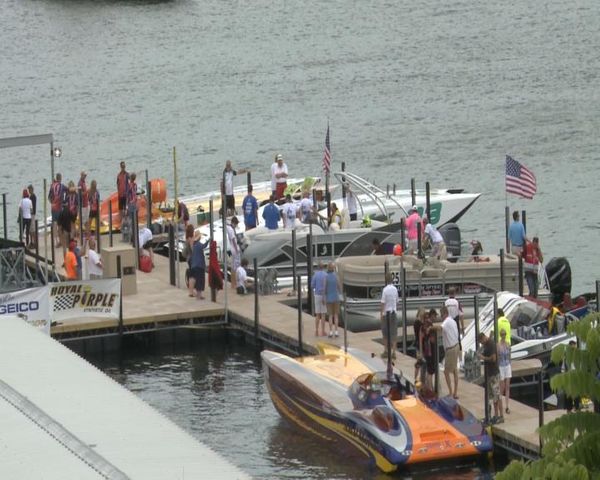 LAKE OF THE OZARKS - Bagnell Dam Boulevard was closed on Saturday morning and afternoon for the 2014 Lake Race.

The second annual powerboat invitational used Bagnell Dam to set up Racer Village. However, drivers could take Routes 54 and 242, if they wanted access to the street.

The closing confused many drivers, but volunteers were on hand to direct traffic.

Volunteer Bob Fillions said there were many people who had to turn around and find a different route.

"The traffic's coming down this way and having to turn around and go back in order to be brought over to the parking lot, to be shuttled," Fillion said. "That's probably the biggest issue is people wanting to be closer and not realizing that there are no parking spots available."

The opening ceremonies began at 11:45, followed by the first race at noon. Although rain was a concern, the weather held up for most of the day.