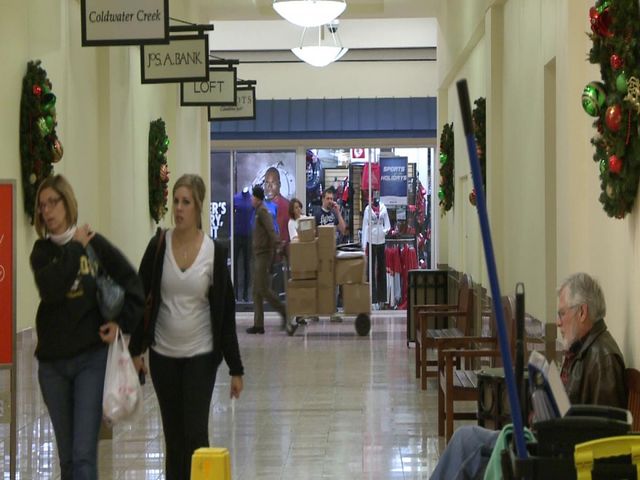 COLUMBIA - The Missouri Retail Association told KOMU 8 Thursday that Christmas Eve will be the biggest shopping holiday of the year.  The holiday shopping season is bringing in more revenue than previously expected, which could help improve the lagging economy.

David Overfelt, President of the MRA, told KOMU 8 this year's revenue from the holiday shopping season is expected to increase four to five percent from last year.  Overfelt said the percentage was estimated after the high amount of black friday spending.

The industry term for the Saturday before Christmas is "Super Saturday", due to the large amount of spending right before the Holiday. Overfelt said that because this year's "Super Saturday" falls on Christmas Eve, the stores will be even more crowded than on Black Friday.

Overfelt said that the increase in spending is a common trend throughout the country. He explained, "Missouri can usually be a model for how the country is doing as a whole, and spending is up."

MRA research shows the shopping season in 2009 was dismal but 2010 was a large improvement.  Overfelt said this year's improvement could hint that the economy is recovering from the recession.

"We hope that this will pick up recovery and by 2012 we will have greater job growth," Overfelt told KOMU 8.

Retail stores also did not expect the shopping season to be this large, so they offered more sales and bargains.  Overfelt said this is a major reason for the increase in revenue.  He added that because of the sales, the shopping season will be consistently heavy through the month January.