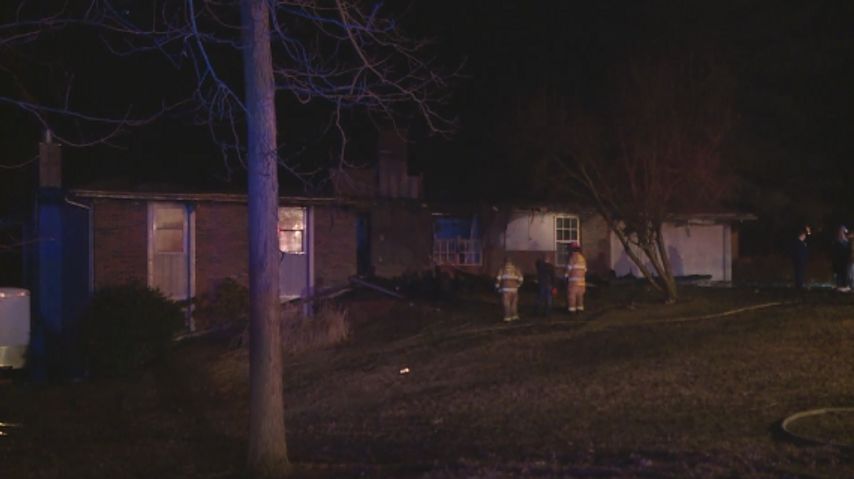 COOPER COUNTY - A house near Boonville is a total loss after a fire Wednesday.

The home was located in the Hickory Grove subdivision.

The homeowner said he and his wife had left the home just 30 minutes before a neighbor called them and told them about the flames. No one was home at the time.

Chief David Gehm said the fire started in the back of the home, and firefighters attacked it from the front. He said the nearly 24-miles-per-hour winds were also coming from the back forcing smoke and blaze in their face.

Gehm said the wind was "too far involved" by the time his team arrived.

"It's just something we always dread, when the wind's blowing. It just makes fighting a fire that much harder on us," he said.

Both the Howard County and Boonville Fire Departments also came to put out the flames. Since the wind made the fire hard to attack from inside the home, BFD's ladder truck poured water on it from the top.

Gehm said there was nothing they could do to save the house, and the wind was a huge factor.

"It gets such a head start on us, it's almost impossible to do anything," Gehm said.

After crews had left the scene, the winds re-lit the ashes, starting the fire again. Crews came back.

The homeowner said he plans to rebuild in the same spot. He said the home was full of just things that can be replaced.