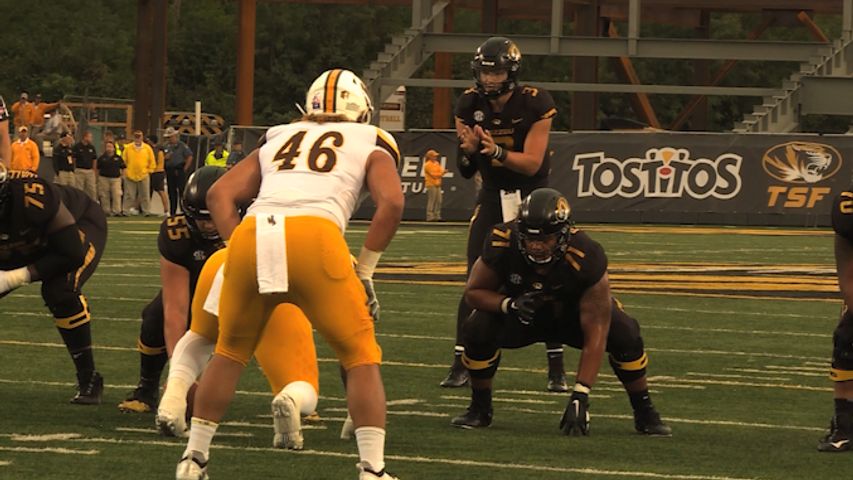 JEFFERSON CITY - A new Missouri House bill would prohibit organizations like the NCAA from preventing student-athletes from receiving compensation for their name, image, likeness, or athletic reputation, and would allow them to get representation for themselves.

The bill's sponsor said it's not necessarily paying players, but allowing them to profit off themselves, when schools and the NCAA already profit off of athletes.

In testimony over the bill Monday, Ramogi Huma, Executive Director of the National College Players Association, said athletes at all levels of the game, not just superstars, should have access to a piece of the profit.

"I think it's a matter of equal freedoms, every student on campus, every American citizen has these rights," Huma said. "They have the ability to secure representation, to go out and market themselves however they can, with whatever skills they have."

Multiple representatives brought up during the hearing that although some athletes do receive scholarships, other students who get non-athletic scholarships can market themselves, athletes still can't.

"For a long time, I've believed that it's unfair the way we treat student-athletes, and it's always something I've had some interest in. When the NCAA attacked Mizzou last year, it made it time for me to act," said one of the bill's sponsors, Rep. Wes Rogers, D-Kansas City.

Mizzou is one of the highest profile college teams in the state, and the bill could impact the athletic department.

Mizzou Athletics released the following statement ahead of Monday's hearing:

“In regards to the name, image and likeness issue, nationally and within the state, the University of Missouri continuously pursues every opportunity to positively enhance the experience for its 550 student-athletes. Doing so within a regulatory framework that emphasizes the unique principles of amateur athletics and creates a level playing field for all institutions is paramount to any analysis of future opportunities. We will continue to monitor all developments in this area and look forward to working together with all stakeholders toward a mutually beneficial and cohesive result.”

The bill wasn't voted on Monday, and will have to be voted on by the General Laws committee before it could move to the full House.