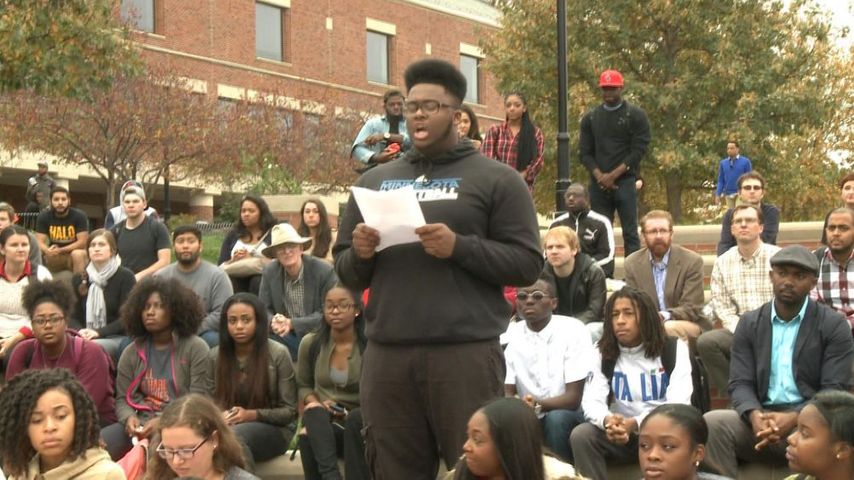 COLUMBIA - The MU student group known as Concerned Student 1950 announced Wednesday it would boycott spending at MU dining areas. The announcement comes one day after the group met to discuss ways to protest and call for the resignation of UM System President Wolfe.

The group has made headlines in recent weeks for protesting at the MU Homecoming parade along. In the process, the group was calling for the resignation of UM System President Tim Wolfe.

The group also expressed its disapproval of an incident on Traditions Plaza in October where students said they were verbally attacked.

Students said they hope the boycott helps push their message of solidarity forward.

"One of the best ways to hit a large institution and wake them up and get their attention is their money," Qiana Moore said.

Moore is one of many students who was at Wednesday afternoon's news conference. A large group gathered at Traditions Plaza.

KOMU 8 News reached out to UM System President Tim Wolfe for a response to the group's latest announcement and was referred to a statement, which read in part:

"The only way we can begin to address the systemic and pervasive issue of racism in society and the effects it has on our campuses is to engage in dialogue, to build deeper relationships and have frank conversations. From these conversations, we must make changes in policy that ensures that our campuses promote a culture of respect."

The group said it will continue protesting until Wolfe is no longer in office.