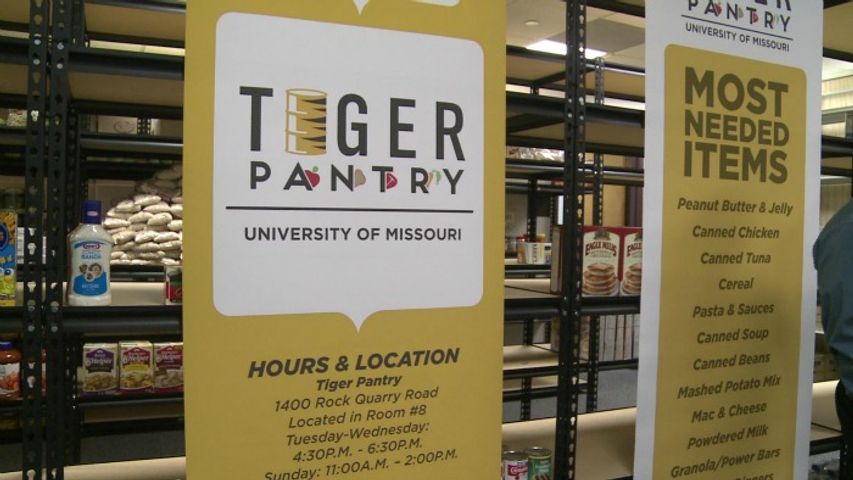 COLUMBIA - With the opening of the new Tiger Pantry for Mizzou students, one more student group can help donate to the cause. Sustain Mizzou recently started a Tiger Pantry Garden located off of St. James Street and Ash Street. The vegetables produced at the location will go directly to the food pantry.

However, the group can not start donating food to the pantry until the spring, when the urban farm can produce big enough vegetables that add nutritional value. The young garden can only produce small produce until it has more time to gain nutrients in the soil.

"Right now, we're working on getting the soil ready. I think an old house used to be on the lot so the soil is really rocky and dried out. We're just experimenting with plants right now," said Sustain Mizzou member Sean McWay.

Tiger Pantry was started by a Mizzou student, Nick Droege, after he visited the Full Circle Pantry on the University of Arkansas campus. After ten months of planning, Tiger Pantry opened October 2 to the public.

"I look forward to the donations that Sustain Mizzou is going to be providing us next year. For one thing, the people will be able to get more nutritious food than what the box meals provide. Right now, I'm just trying to focus on getting the non-perishable food items out," said Tiger Pantry founder Nick Droege.

The plan for the farm is to have eight 25 ft beds to plant the produce, currently there are only five rows. Sustain Mizzou members also plan to build the beds higher off the ground and clear out all the weeds from the plot.

"Sustain Mizzou wanted to do this because we wanted to give back to the community and the students. By donating the food, people are going to have a much healthier option at the Food Pantry," said Sustain Mizzou member and Sustainability Coordinator Kat Seal.