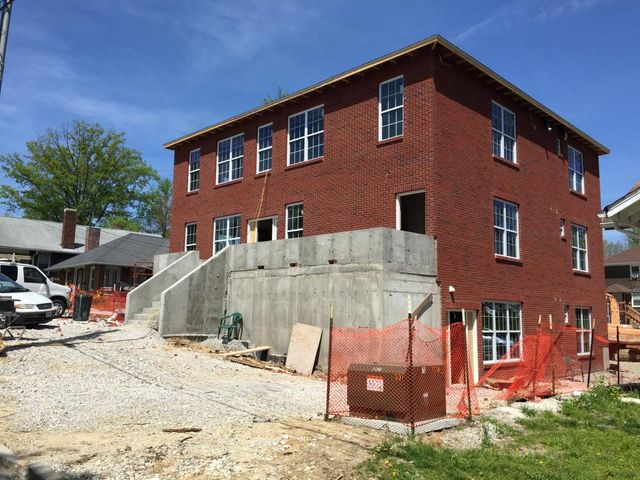 COLUMBIA - Construction for student housing is popping up all over the city, including on one quiet East Campus neighborhood street.

KOMU 8 News spoke to the builder of a new complex on Ross Street and nearby neighbors Tuesday to find out what type of impact the construction has had.

"Ross Street has a lot of students living on it, and it should be a one-way street but it's not," resident Kathryn Ruddy said. "The construction across from my complex has been going on since December, and we were hoping it'd be done over Christmas break. But we came back, and it looked like they hadn't done anything. So it's a little frustrating living on a narrow street and having this construction."

According to Building & Site Development Manager Shane Creech the city received a permit request to build the new structure back in December. A single dwelling residence had been in the lot before but was torn down in early September to make way for the new multi-plex.

The building is considered a tri-plex because there are three separate dwellings, each with four bedrooms. Under R-3 zoning requirements set by the city, the complex is required to have nine available parking spots for those residents.

"I feel bad for the tenants who are going to live here next year because the street is already narrow, there's already people parking all over it, a lot of people park on East Campus so they don't have to pay the meter, but that many more students, that many more cars here, and the noise factor. I get that it's East Campus, and you kind of sign up for that craziness, but I feel like you have to take in to account how many people actually live on this street," Ruddy said.

Mike Keevins is the current landowner and builder at the new complex. He told KOMU 8 News all of the parking requirements are met, and there will be spaces behind the building for new residents.

The majority of the exterior work on the building has been completed, but Ruddy said it was a long time coming.

"Especially when you get a couple projects going at one time then the noise escalates immensely," she said. "My only interaction has been when their trucks block our driveway, and I'm trying to leave for work or have somewhere to be on a time constraint, and they have these huge trucks and Ross Street is very narrow so it's hard to get your car around, and sometimes we have to ask them to move and they make it seem like it's a really big deal."

Under city ordinance the operation hours for construction are Monday-Friday 7 a.m.-7 p.m. and Saturday from 9 a.m.-5 p.m.

"To build a building in a neighborhood that's already established is a lot different than building in a commercial space," Keevins said. "We've tried to keep the noise down early and late. I think it bothers students less than family households because they're on two different schedules."

"You don't get some of the charm of East Campus when you have constant construction and people that don't live here," Ruddy said.