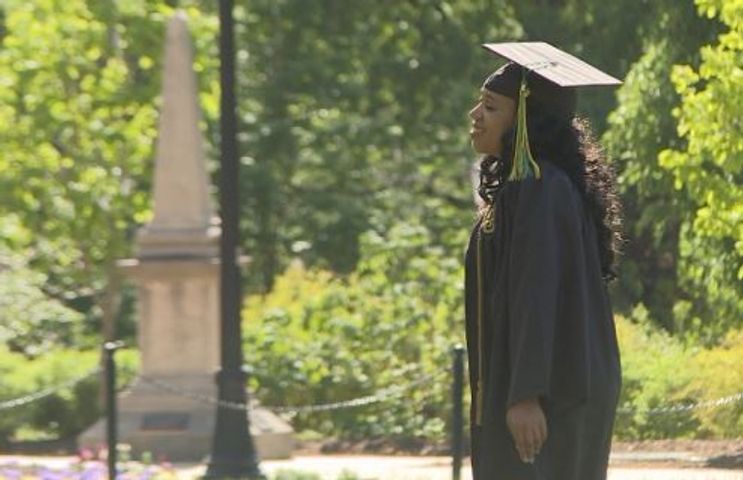 COLUMBIA - Benjamin Franklin once wrote, "An investment in knowledge pays the best interest." But students' investments in their college degrees are costing them interest - and a lot of it.

According to Nick Prewett, director of the MU Office of Financial Aid, MU graduates owe less in federal loans ($21,884) than the national average ($28,973). The monthly student loan payment for an MU graduate with $22,000 in debt factors to about $226 per month.

Prewett said MU issues between $170 million and $180 million in loans to students each year, but the figure has been increasing.

"As state funding and support has declined, there's an increased burden on students," Prewett said. "We've gradually seen our student loan volume on campus increase over the past few years."

Most students have a six-month grace period after graduation before they have to start paying on their student loans.

Prewett said MU cautions students to take out no more in loans than they expect to make their first year out of school.

"We tell students not to borrow more than they're going to earn the first year after they graduate," Prewett said. "The average student here has a starting salary in the $40,000 range."

Nationally, one in six graduates has student loan debt that exceeds their income.

To manage student loan debt, the MU Office of Financial Aid encourages students to complete exit counseling at studentloans.gov to become familiar with the terms of their loans and their repayment options.

Enrolling in auto-pay is another way to take some of the hassle out of debt repayment. Loan payments are drawn automatically from the student's bank account, and they can receive a quarter-percent discount on their interest rate.