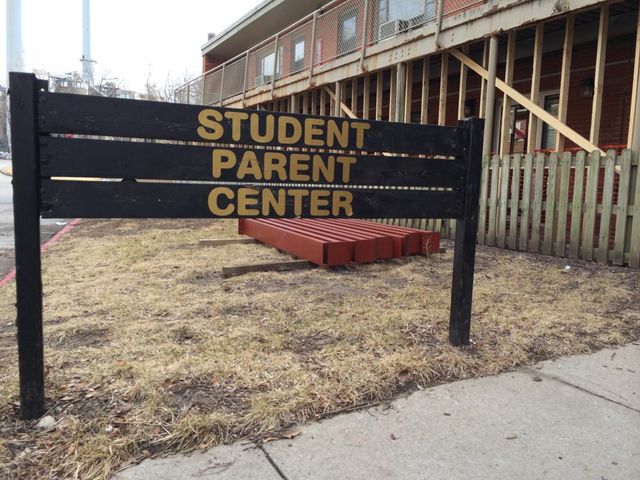 COLUMBIA - MU students who are parents planned to gather on campus Friday afternoon to advocate for a permanent solution to relocating the Student Parent Center.

The center lives at the University Village apartment complex, which is set to be demolished.

A walkway collapse, which killed Columbia Firefighter Lt. Bruce Britt last month, sparked an investigation into the safety of the facility. MU announced Wednesday the complex, which includes the day care center, would close. Chancellor R. Bowin Loftin said residents have until June 30 to find new housing. However, he did say what might happen with the Student Parent Center.

Chris Engelhart stopped bringing his 4-month-old son to the center after the collapse. He said being a student and being a parent have their separate challenges, but wearing both hats is incredibly difficult.

"Not only do we have to balance schoolwork with childcare, but to also now have to worry about the safety of our son to walk underneath a walkway that I wouldn't even be confident putting a potted plant under," he said.

Engelhart plans to be among student parents, community members and international students collecting signatures for a petition at 2 p.m. at Speaker's Circle, near the west entrance to Ellis Library.

He said it's important to engage all members of the MU community because even those without children now, may need the day care later.

The center cares for 29 children, a majority which are children of MU students.