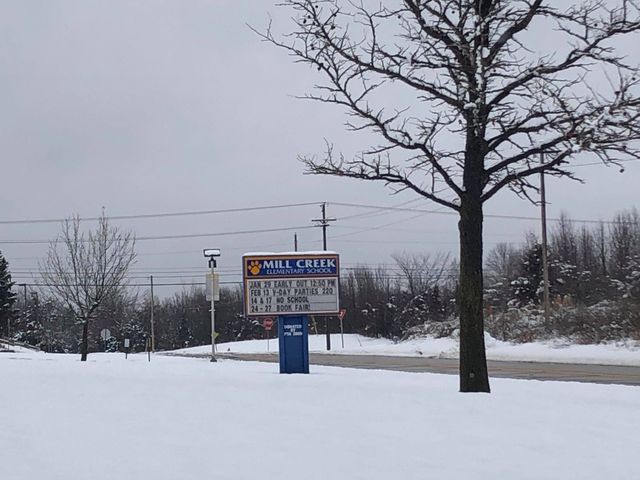 COLUMBIA - After a heavy snow fall Thursday night, Susan Stephenson received notifications that Columbia Public Schools would not be in session on Friday.

Stephenson's older daughter, Merindy, attends Mill Creek Elementary, and school's cancellation gives her a day to stay home or out with friends in the neighborhood.

"I felt really happy because I don't have to take a test today like I would have to," she said.

On a day like this, Merindy likes to go to her friends in the near neighborhood to play the snow. But after knocking on few doors, Merindy said none of her friends are awake.

Walked around the neighborhood for about 20 minutes, she decided to go home and play with her younger sister.

Merindy said, although she is happy to take a little break from school, constant school cancellation will lead to a longer semester.

"It gets kind of boring during the day,"she said. "I'd rather have a longer summer."

Stephenson said she agreed that schools have make-up days if class got canceled . But CPS should not cancel schools too easily.

"I don't think they should be missing as many days as they do, especially with the number of days they already have scheduled off," she said.

Stephenson said she preferred schools to delay the start time rather than having a cancellation.