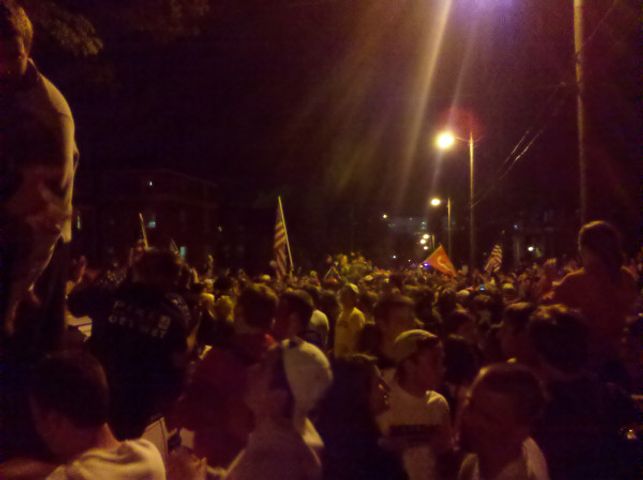 COLUMBIA - Thousands of students gathered on Richmond Avenue in the University of Missouri-Columbia's Greek Town to celebrate Osama bin Laden's death Sunday night. People were packed shoulder to shoulder and decorated in American gear. However, for some, the bash goes deeper than just a night to party.

MU freshman Alex Gable's brother currently serves in Afghanistan. Gable said he has already shared this celebration with him.

"I've been taking a lot of photos, I've been sending them to him and putting them on his wall," Gable said. "They're optimistic. It's a tide-changer for them in the war so hopefully things turn around for them and they come home soon."

MU Police blocked off the Richmond Avenue shortly after the conclusion of Obama's speech when the crowd gathered.