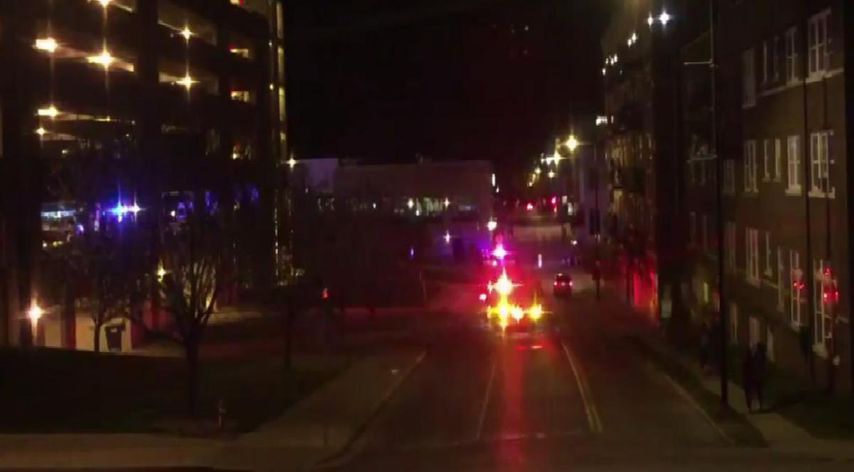 COLUMBIA - After the Hitt Street Garage shooting Wednesday night, students received an text and email alert from the University of Missouri stating the situation was over and safe.

A lot students KOMU 8 News talked with Thursday said they thought the message was sent too late.

One student was across the street when the shooting occurred.

"I was staying at my friend's apartment who lives by Hitt Street Garage and I didn't know what was going on until the whole thing was over with. MU alert should have posted something and told us that this event was going on so we knew that campus wasn't safe, before they told us it was safe, and this guy was on the loose," student Cassie Naes said.

Another student was on the scene, and witnessed the entire incident before he heard anything from the school.

"We started hearing gunshots, we went over to the garage to see what was happening," student Scott Douglas said. "I would like to of known what was going on, they had a lot of police down there for them not to have told anyone. It was a little bit out of order, you kind of like to know before."

Some students were just glad to be notified at all.

"I think it was good that they alerted us at least some what," student Tevin Rose said. "For people who say it was too late, at least you got the text early in the morning when you woke up."

KOMU talked with MU Spokesman Christian Basi who said officials are aware of the concern over the time the text was sent out, and are discussing the matter in meetings Thursday.

He said the policy behind the alerts varies according to the situation, and last night's situation had nothing to do with waiting for a clearance to send the the alert out.