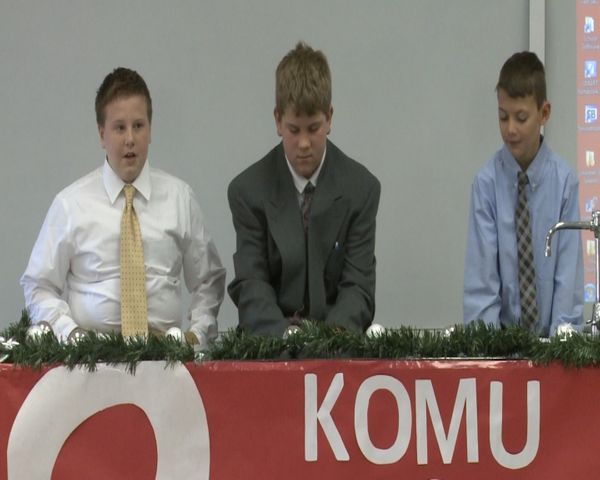 BOONVILLE - Sixth grade students at Boonville's LSE Middle School have spent the week presenting their "newscast" projects. In groups of three, the teams sit behind what looks like a KOMU 8 anchor desk complete with the peacock logo and present their research in newscast form.

Students used cameras the school received from a grant to record their interviews. Painter, along with the seventh grade science teacher at LSE, applied and got a grant from the Boonville Education Foundation to purchase 17 cameras.

"The students love being able to use any technology that we can get. They were in charge of filming the entire interview from beginning to end," Painter said.

Holman said the students were able to learn about informational writing while putting together their scripts about plate tectonics. She said the newscast format also helped the students work on their public speaking skills.

The teachers plan to do the project again next year. Click on the video on the left side of the page to see what the students thought of the project.