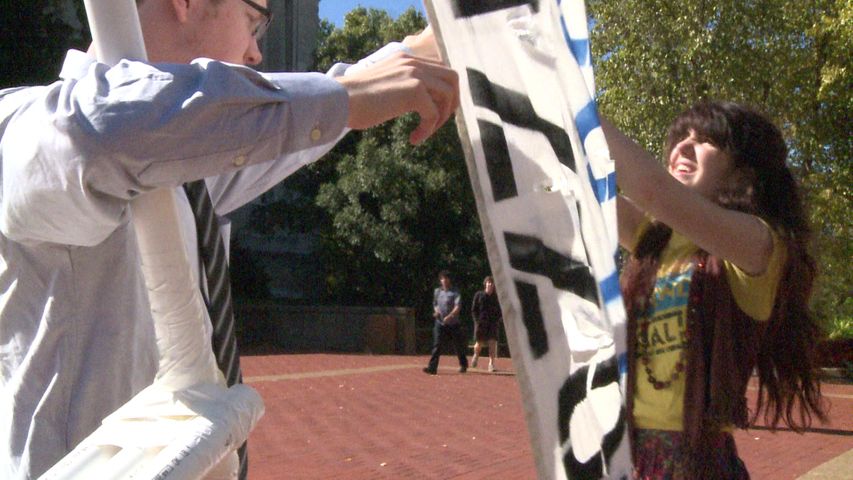 COLUMBIA - Over 40 students sporting gold "Beyond Coal" shirts congregated on University of Missouri's Lowry Mall for a flash mob on Thursday.

Coal Free Mizzou is launching the Black and Gold Clean Air Initiative to raise awareness about the harmful effects of burning coal and lobby Mizzou to stop burning coal by 2020. The group is pushing for Chancellor Deaton to look into alternative resources, so that Mizzou can put coal burning in its past.

But, Anthony Lupo from MU's Atmospheric Science Department, said that right now there aren't any affordable resources that can be stored for energy. Neither solar energy nor wind energy could currently replace coal energy.

Lupo said that in the short run, there are no alternatives, and coal energy is much cleaner than it used to be.