Students Discuss the Race and the Death Penalty 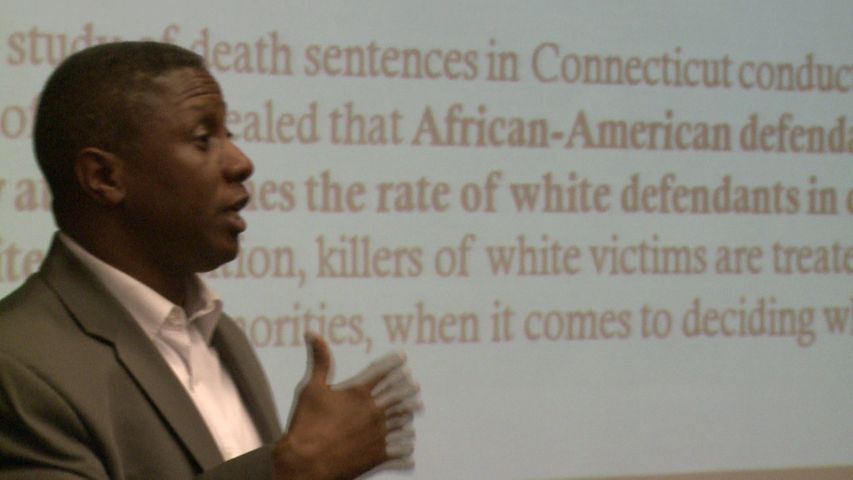 COLUMBIA - Students gathered at the Black Culture Center on the MU campus Wednesday to discuss the death penalty and racism a week after a controversial execution. In Georgia, Troy Davis, a black male, was executed for killing an off-duty police officer even though no murder weapon was found and a witness retracted a statement. Friday's discussion focused on why he was convicted and why the death penalty is still around.

"Some people support the death penalty because they think the state has a leigitmate interest in retribution," MU law professor Paul Litton said, "some people think retribution is what you deserve and some people deserve to die."

Students asked professors and other students about their opinions.

The discussion was sponsored by Alpha Phi Alpha fraternity.