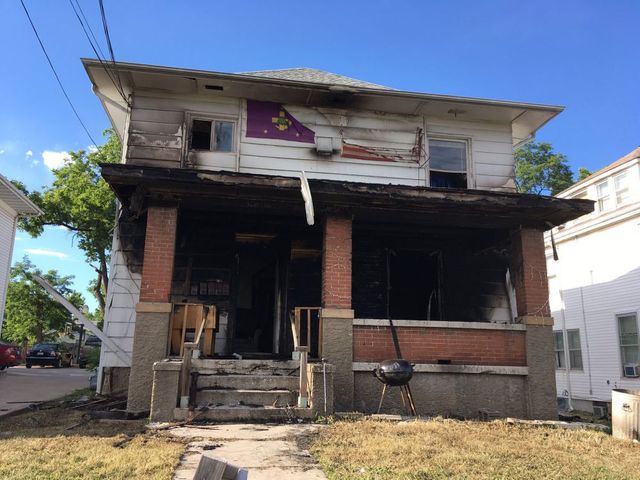 COLUMBIA - Four people made it out safely of a house on Rosemary Lane in Columbia Saturday morning after a fire engulfed the front of the house.

Ross Kurczynski was inside the house at the time of the fire.

Kurczynski was in a room on the second floor of the house. He said he woke up shrouded in smoke.

"It was a surreal situation," he said. "I've never woken up in smoke before and so I was kinda like, 'What's going on?'"

Kurczynski said he grabbed his phone and left the house.

Kurczynski said he was the last one out of the house. Everyone made it out without getting injured.

According to dispatch logs, eleven emergency vehicles were at the house. The Columbia Fire Department said it sent nine units. Firefighters tweeted from the scene.

"Don't really have any words for it," Kurczynski said. "This never happens. You don't ever plan for this."

Damage to the house will cost about $25,000, according to the Columbia Fire Department.

"Luckily everyone had moved out for the summer," Kurczynski said. "The four major rooms that got burned had actually already been moved out of."

Kurczynski said the fire started on a couch on the first floor. The Columbia Fire Department had not released a cause of fire as of Saturday evening.

Editor's note: This story has been updated to clarify the number of emergency vehicles on the scene and to update the cost of damage to the home.