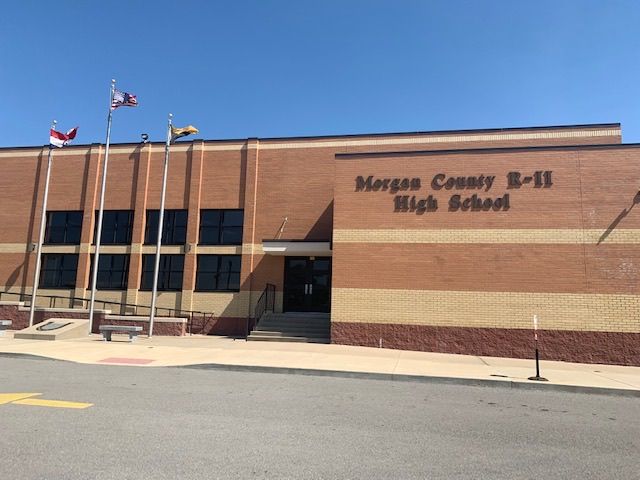 VERSAILLES - Graduation at Morgan County R-II High School is Saturday, but not all of the senior class will be walking.

McKayla Hall is one of seven seniors who is not allowed to walk.

"It's a once in a lifetime opportunity being yanked from underneath your feet," she said. "If I didn't want to walk I would have gotten my GED."

Morgan County R-II High School has a 90 percent attendance policy. The handbook states: "Students must have an attendance percentage at or above 90 percent for their high school career to participate in graduation."

Superintendent Joyce Ryerson said the school implemented the policy to increase the schools attendance rate - a problem Morgan County R-II has struggled with the past couple of years.

Hall said she missed multiple days of school for Army basic training, physical therapy for a torn rotator cuff, and has been in and out of doctors offices for a cyst found on her brain that causes her severe headaches.

"I was under the assumption that my excused absences wouldn't affect the percentage," she said. "The handbook needs to be in black and white and more clear when it comes to excused absences."

Ryerson said after the sixth excused absence, absences start to count against the student's attendance percentage - excused or not.

The student will go to night school to make up for the credit after he or she missed six days of school. This may have been where some of the confusion came from.

"It doesn't make up percentage of attendance," Ryerson said. "What it does is allow kids to graduate because if you miss too much school it's determined your credit for graduation is determined by seat time."

Students like Hall have the opportunity to appeal the decision to the principal. The appeal committee was made up of nine teachers including the Vice Principal.

Hall said the questions she was asked during the appeal process had no relation to her unexecuted absences, they were all based off her excused absences.

"They asked me questions like for your headaches were you allowed to just sit out during basic like that has nothing to do with the school," she said.

Ryerson said doctors appointments and military absences were not held against students during the appeal process.

"If it was that they just chose not to come to school that day, we had a number of those, some who had excused absences of that nature had between ten and twenty of those and those students were not allowed to walk," she said.

Ryerson said its too late for students to bring in those excuses now because they have missed their appeal.

Students were notified at the beginning of April about their walking status and received the status of their appeal in early May.

Hall said it was too late when she found out she was denied in her appeal. She had already bought her cap and gown and sent out invitations.

"Now I have to make phone calls to people who are getting ready to come down and see graduation that I am not going to be able to attend," she said

Hall said she hopes the policy is clarified in the future.

"Sometimes it has to take someone being excluded for things to change," she said.