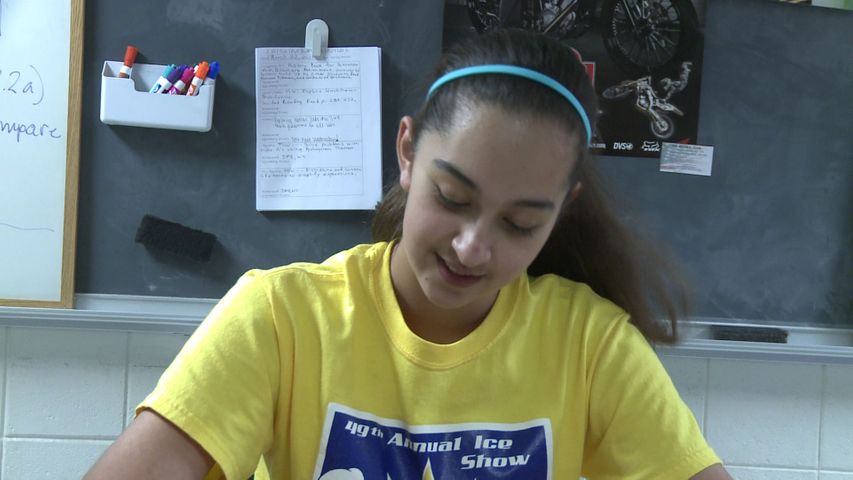 JEFFERSON CITY- Algebra I students at Thomas Jefferson Middle School prepared Wednesday for their End of Course (EOC) assessment which starts Thursday. The state uses the EOC to measure how kids taking high school classes are doing. In Missouri, all kids now entering high school are required to take the EOC assessment when they're in Algebra I, English II, Biology, and their Government class. This has been in effect for three years, and it takes the place of the MAP test that high schoolers used to take. The biggest difference between EOC and MAP Tests is that the EOC is worth 10% of a student's entire grade. MAP tests did not affect a student's grade.

"High schools found that students weren't always motivated to do their best because there weren't always consequences for that," DESE Assistant Commissioner Sharon Hoge said of the MAP tests.

One student who won't need motivation for Thursday is Thomas Jefferson Middle School student Margo Mendez. Because she's in an advanced math class, she's taking her first EOC assessment as an eighth grader.

"I am pretty nervous because I really want to be in algebra 2 next year," Mendez said of the EOC. "If we don't do good on the EOC, then we have to be back in algebra."

The EOC assessment is worth 10% of a student's grade at Thomas Jefferson. Even though Mendez has a 95% in her Algebra I class, she's still wants to keep her A.

"If I get anything below an A, I start getting kind of concerned about it," Mendez said.

The EOC assessment has been in place now for three years. Students who already took the four courses that require an EOC assessment receive exceptions. DESE says that by the 2012-2013 school year, nearly every Missouri public high school student will have taken all four assessments.