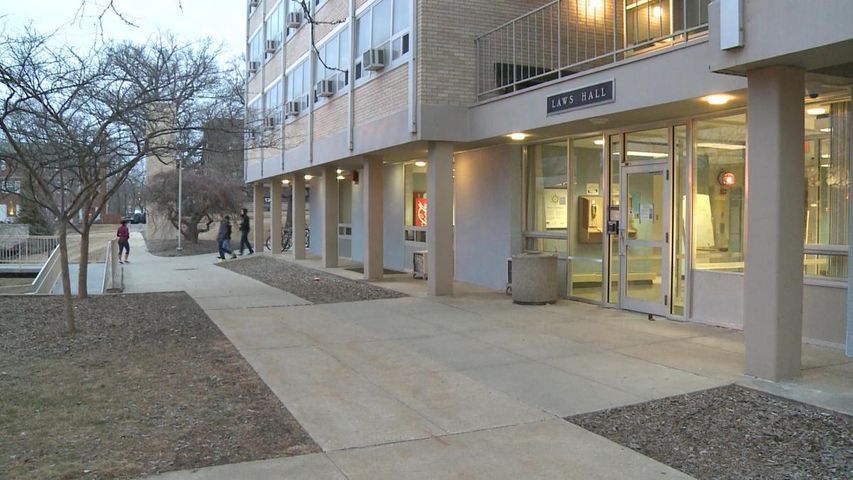 COLUMBIA- At 12:08 a.m Monday, the University Police Department received a report of a second-degree rape that occurred in Laws Hall.

Sometime later Monday morning, MUPD officers approached the suspect, Vincent T. Nuno, a freshman at the University of Missouri. The officers questioned him and at 7:43 a.m, MUPD arrested Nuno on a second-degree rape charge, with a bond of $4,500, and also with possession of intoxicating liquor as a minor, with a bond of $500. The second degree rape is a Class C felony and the possession of liquor is a Class B misdemeanor.

University officers arrived on the scene and talked with the victim, who is a University of Missouri student.  The victim told the officers that her attacker was an acquaintance.

Some students are worried since this is the second time this year a rape has been reported in the residence halls.

"I'm just a little bit worried, like I've always felt safe but now that it's happened again, it's scary because it could have been me, and he lived a floor below me," University of Missouri freshman Madelyn Mallet said. "I just keep my door locked."

"I feel a bit concerned with safety," McTearnen said. "I don't live in Laws, but I do live in another residence hall."

Students also commented on what they think the university should do in order to prevent future sexual assaults from happening on campus.

"I hope that they have the RA's more on alert," Mallet said. "I feel like if they could have been walking around, they might have been able to hear it."

"I was really hoping that with the doors locked 24-7, that it would be a little bit safer, so it really does concern me that it hasn't been and that there still have been incidents," freshman Emilee Sherertz said. "I would really like Mizzou to take more precautions and monitor who is coming in and out of the dorm."

The first sexual assault reported in Laws Residence Hall occurred on January 26 between 1:30 a.m. and 2 a.m.