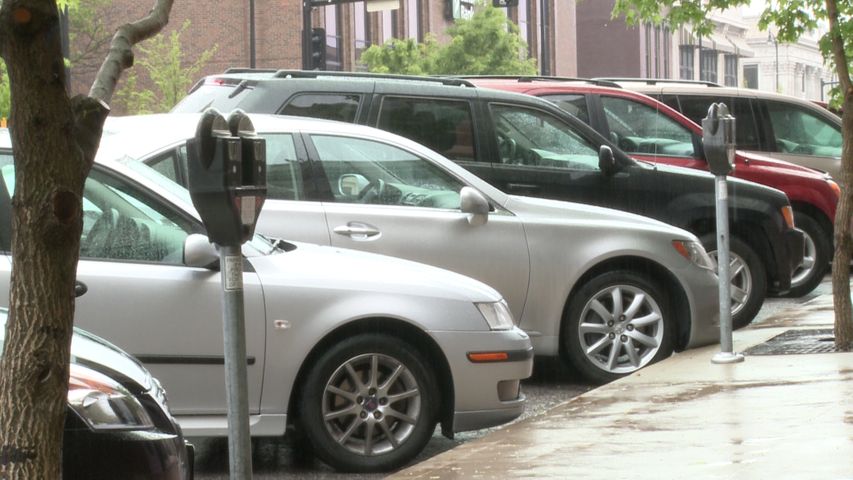 COLUMBIA - The city of Columbia is asking residents, 'How far is too far to walk from a parking space?' A parking study done for the city of Columbia in 2001 by Transystems Corporation said retail and restaurant customers generally desire to park within 300 feet of their destination.

But a study done in December of 2010 by Walker Parking Consultants said people would walk much further, from 400-1600 feet. Engineer and MU professor of transportation infrastructure at MU Charles Nemmers said he sees nothing wrong with the more recent study.

"We are trying to provide capacity for the city as it grows. On one hand you say 'Well six blocks is too far to walk' and on the other hand you want to say, 'Well it is only six blocks away.' Well you can't have it both ways," Nemmers said. Nemmers also said that people are more about walking, which could be seen around downtown Columbia a lot.

Another major difference between the two studies is that number of empty spaces considered to be a desirable rate. The 2001 study recommended an occupancy of 75 percent in the central business district would be a desirable rate to maintain.

However, the study from this year disagrees. It calls 75 percent not enough. Public Works director John Glascock said while the overall demand does not indicate a parking shortage, several blocks in Columbia experience a level of demand that indicates a shortage during peak periods.

"We just want to make some prudent decisions that's moving us in a way that makes sense. And I think what the city is saying is that for us to develop the downtown we have to have more parking available for people to use downtown," Glascock said.

The Walker study findings conclude "if the city requires future developments...to meet the appropriate zoning requirements for parking, the projected future parking deficit could effectively be reduced". This means the need for a parking garage could be smaller or none.

The 5th and Walnut garage officially opened March 1, 2011 this year. The city is now proposing building the Short Street garage six blocks up on the same street.