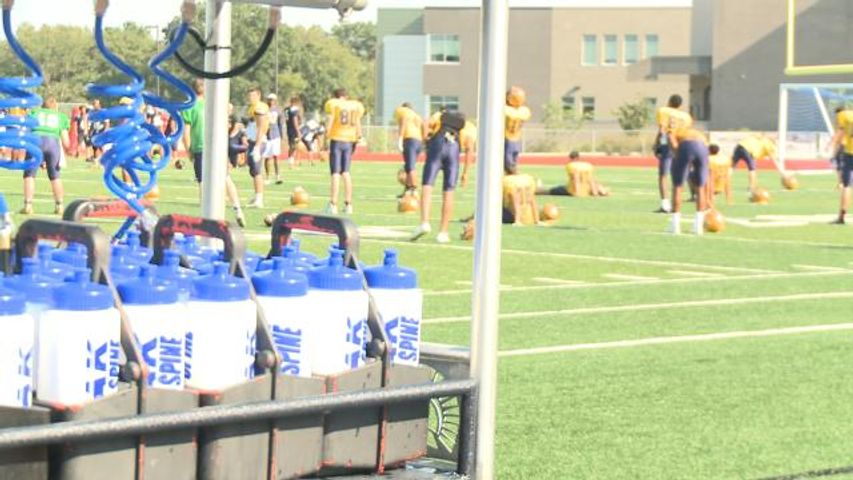 COLUMBIA - School is back in session, and that means high school sports have started up again for the year. As athletes return to the field while the summer heat sticks around, dehydration is a concern.

However, one new report shows that overhydration in young athletes can be just as harmful as dehydration.

"Persons who drink excessive amounts of fluids during exercise were basically having what ends up being neurological problems, that the brain actually swells up and that causes eventually a large number of things," Brigham said. "It includes seizures and unconsciousness, etc. and unfortunately it can lead to death."

Brigham said that current hydration guidelines say people shouldn't drink more than one quart of fluid, or 32 ounces, per hour of exercise.

"The previous thinking was well you should try to replace every bit of that that you are losing," Brigham said. "The problem is that during exercise, the body gets a little mixed up. Basically when it's hot and when you're exercising with some other factors in there, the body decides it needs to hang on to all the water it can."

He said although most people think of dehydration when it comes to heat-related illnesses, people shouldn't underestimate the consequences of overhydration.

"The problem is that we've been telling athletes to drink a whole lot of water, and coaches and other well-meaning folks who deal with athletes, whether they're adult or children, are potentially setting them up to drink too much water."

However, he said he thinks most local coaches are aware of adverse effects, and are watching out for their athletes.

"I'm confident that our local sports coaches at every level are aware of these things and are going to make sure that we don't have any more tragedies," Brigham said.