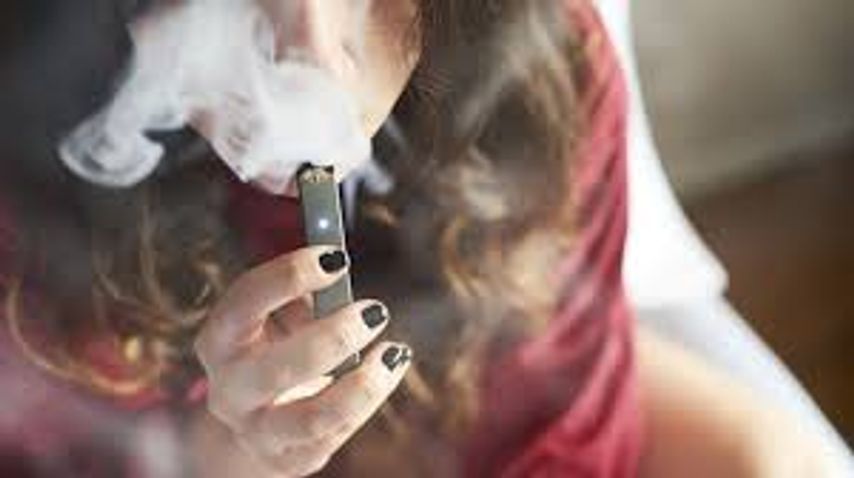 Traditional cigarette smoking has dramatically declined in the last 50 years because basically anyone who starts smoking already knows it's bad for them.

But now those good numbers are shifting in a dangerous direction because of the popularity of e-cigarettes, particularly, the Juul brand, and the new customers are all too often kids.

"Juuling" numbers are skyrocketing. Some local students say it's happening regularly in the hallways and bathrooms.

That is, in part, because vaping e-cigarettes often doesn't include the clues of traditional smoking.

Valerie Howard is the Tobacco Control Manager with the Missouri Department of Health and Senior Services, she draws particular attention to the difficulty of identify Juuling. "You can't smell it, you can't see it. You don't have the aerosol that's released from a regular e-cigarette. That's the difference with the Juul."

a lipstick case or in Juul's case, common USB drive.

Besides how easy it is to hide a vaping device, parents should be worried about the introduction of addiction.

Don Seibert founded Vapenders in response to the growing numbers. "Nicotine is physical and it causes a physical craving but there is all these emotional things that are going on in the teenage mind that you are going to have to deal with or you are not going to be able to solve the problem," Seibert said.

Valerie Howard added, "The adolescent brain is still developing until age 25. So when they use nicotine, that makes their brain more susceptible to addiction. It can also interfere with their learning and attention."

The New England Journal of Medicine, in September of 2018 cited adolescent exposure to nicotine is associated with an increased risk of mood and attention problems. 63% of 15-to-24-year-olds surveyed did not know there was any nicotine in Juul pods. However, Juul pods have the nicotine equivalent of an entire pack of cigarettes.

The problem among kids is so bad now, the surgeon general declared it an epidemic, and the FDA is already looking at ways to help addicted teens.

Jerome Adams, the current U.S. Surgeon General said, "Shockingly, at least to me as a parent, at least a third of youth who have ever used e-cigarettes, have used marijuana in them."

There are some new studies that show vaping helps adult smokers wean themselves off of smoking traditional cigarettes, but the opposite is true when it comes to teenagers. If they start vaping young, they're four times as likely to move on to regular cigarettes.

Yale Health researchers who study the health effects of vaping and e-cigarettes found Juul accounted for 72 percent of the e-cigarette market. The same researchers also revealed vaping devices have not been proven to help adult smokers quit smoking. Moreover, vaping increases the risk a teen will smoke regular cigarettes later.

Which may be one reason why 80% of 15-to-24-year-olds, who try Juul continue using the product.

In April of 2018 six public health organizations urged the Food and Drug Administration (FDA), the federal agency charged with regulating e-cigarettes, to take action to prevent "Juul-ing" by young people. The group urged the FDA to act to suspend internet sales of Juul until stronger regulations can be put in place to prevent online purchases by young people and to increase enforcement of restrictions against e-cigarette sales to minors in brick-and-mortar stores. It also encouraged the FDA to advance the deadline (currently set for 2022) for determinations of whether existing e-cigarette products may remain on the market.

In April 2018, the FDA announced a nationwide, undercover operations to identify and intervene with retailers that sell e-cigarettes to minors, set restrictions against third-party resale of Juuls on the popular shopping website Ebay, and detail requests for information from the manufacturer of Juul to aid FDA efforts to prevent Juul-ing by young people.

For more information, check out Tobacco Free Kids and there are multiple studies done by the State of Missouri showing the specific numbers of how youth here are using tobacco.

Some of the possible warning signs for e-cigarette use and other tips can be found online.