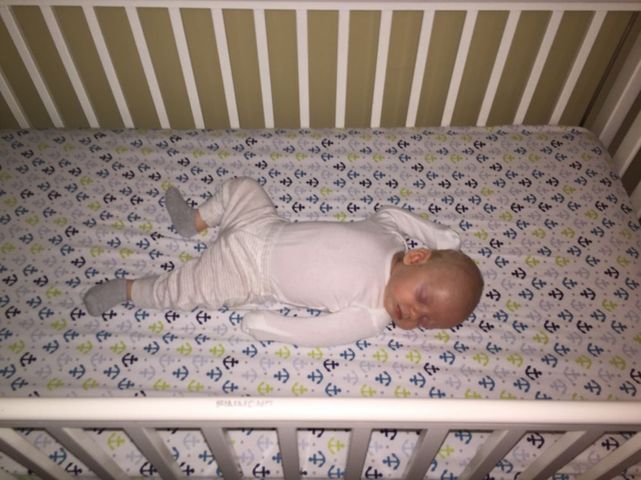 COLUMBIA – A study on sleep related infant deaths found more than 90 percent of one-month-old infants were placed in cribs with unsafe bedding.

The American Academy of Pediatrics released the report in August stating:

According to MU Health Care Pediatrician Dean Lasseter, these sleeping conditions can increase the chance of Sudden Infant Death Syndrome, or SIDS.

“Sudden Infant Death Syndrome refers to infants who die less than one year of age between zero to 12 months. It is the leading cause of death for all children between one and 12 months of age. They’re also defined as unexplained deaths,” said Lasseter.

Lasseter said it is surprisingly common and occurs in about one in 1000 children.

Though the reason why Sudden Infant Death Syndrome occurs is unknown, physicians including Lasseter are aware of what increases the risks.

“I see a lot of parents wanting their baby to sleep in fluffy, very large blankets which is again, not desired at all. Puts them at greater risk. They don’t need any pillows. We don't want them to have stuffed animals. We don’t want the bed to have anything besides the baby, maybe a blanket,” Lasseter said.

The Back to Sleep Program recommends parents lay their babies on their back to sleep. Lasseter said that alone has decreased the risk of SIDS by 50 percent.

Also, although many think infants like it warmer, the temperature of the house should not be increased. Overheating is another risk factor for SIDS.

Risks for SIDS are increased in infants born too early, have smokers in the home or have mothers that smoked during pregnancy.

But Lasseter said, “This can happen to children with no underlying medical problems.”