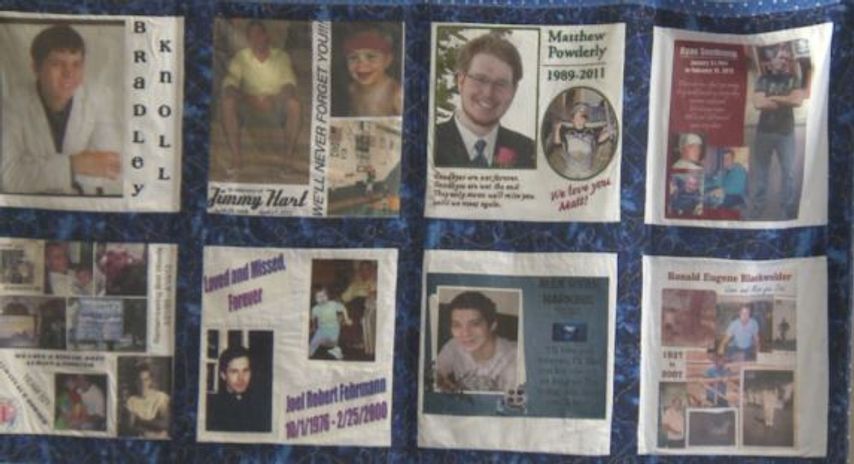 The conference taught suicide warning signs, risk and protective factors. It also aimed to help people support those who have lost someone to suicide or survivors of suicide attempts.

Board member of ARC Angels, Jeff Portman, said he attended the conference so that he can better make a difference in the lives of youth.

"I need to learn," Portman said. "I'm involved with ARC Angels because I care. A good friend of ours, Rick Cantor, started this foundation started after his daughter took her own life a few years ago. It touched me. So I was fortunate enough my kids are grown, but I'm worried about my grandkids."

Portman has been volunteering for the nonprofit for three years, but he said there is still more for him to learn to prevent suicide when people present concerns.

"We just went down to Branson, and the little girl behind the counter showed us her arm where she attempted suicide," Portman said. "I was at a loss for words. How do you deal with something like that? You're one-on-one. I wanna learn. I wanna know. I wanna be able to help."

Portman said there are more lives that need to be touched to spread awareness about suicide.

"You see how suicide is affecting so many people and how much good we've done so far, but we are only touching the surface," Portman said. "We like to say as long as we can help one more person. Because we know we've helped some already, but we want to continue to help. And the only way to do that is through conferences like this, learning things, getting out into the communities. We go to schools. We spread our information where ever we can."

Another board member of ARC Angels Foundation, David Hoffman, also attended he conference. He said he got involved in this kind of work because his longtime friend lost his daughter to suicide.

"A good friend of mine, his daughter took her own life a little over three years ago. The first time I spoke to him after that occurred and I saw pain and heartache and just emptiness in his eyes. I wanted to get involved. He began this organization, and I decided I wanted to get involved and I wanted to do something. And I thought, 'Where can I help, what can I do to stop teenage suicide?'"

Hoffman said he volunteers to prevent suicide through education because it's a leading cause of death for younger demographics.

"Depending on which study, suicide is either the second or the third leading cause of death for young people between the ages of 10 and 24. Unfortunately that's real high."

The conference continues on Friday.