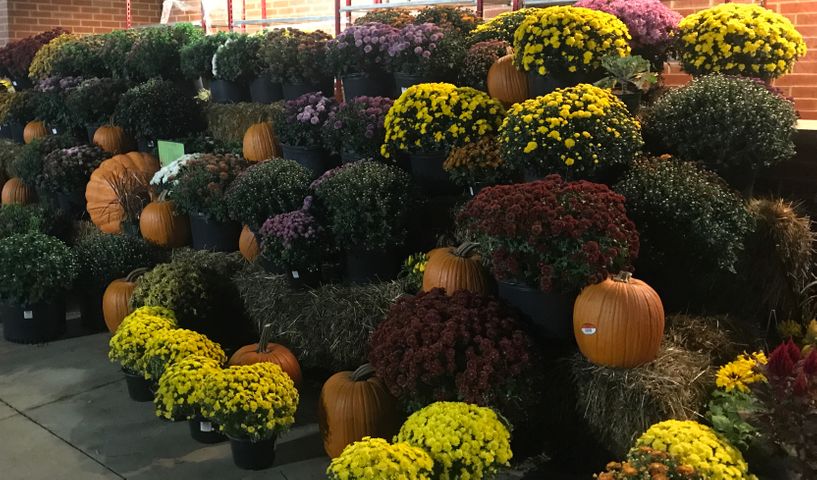 Pumpkins sit outside Hy-Vee off Conley Road in Columbia COLUMBIA - For many, fall brings thoughts of pumpkin pie, pumpkin carving and decorating, but with temperatures as high as they've been, some local residents are having a hard time getting into the Fall spirit.

"No one's in the fall spirit right now." LaRue said. "It's been pretty hot lately, definitely had a heat wave."

Friday was the first day of fall, pumpkins are filling local grocery stores and pumpkin patches and corn mazes are now open for the season.

One Hy-Vee worker said she hasn't seen anyone come through the check-out lines with pumpkins yet.

The U.S. Department of Agriculture pumpkin reports show pumpkin sales more than doubled from 2015 to 2016, which totaled more than $207 million. This could be linked to the U.S. pumpkin shortage in 2015.

Pumpkins are harvested on more than 66,000 acres in the U.S. each year.

LaRue said, Hy-Vee "usually gets around 5-600 pumpkins in the fall."

Rob McGavock, a Columbia resident, said he has thought about buying pumpkins and putting them on his porch but with the heat, he's just not quite ready.

"But I have thought about it," McGavock said.

LaRue said Hy-Vee usually sells most of its pumpkins the week before Halloween.

One local pumpkin seller said the heat affects the way pumpkins look and how quickly they wilt, which makes people not as likely to buy them.