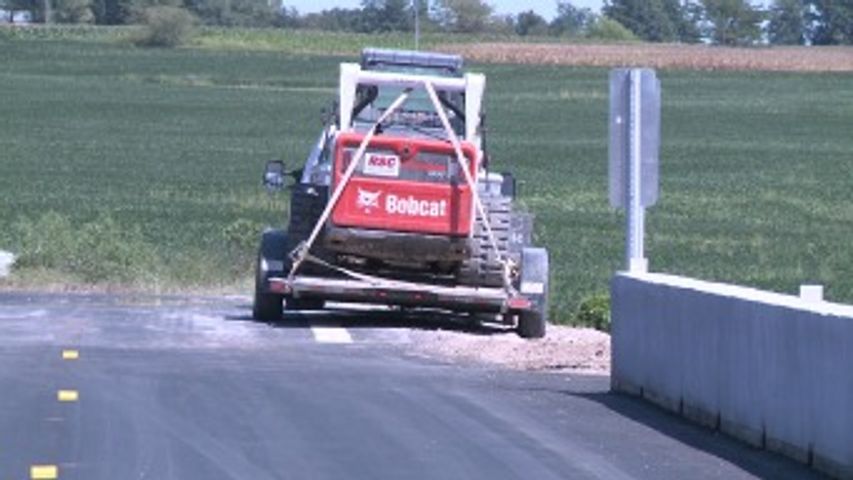 MONTGOMERY COUNTY - MoDOT officially opened a new bridge Monday over Sandy Creek between Montgomery and Pike counties.  The bridge on Route AC north of Middletown is one of the construction projects MoDOT has scheduled for this summer.  MoDOT officials said this summer's weather has cooperated with their construction schedule and most every project has been done or is scheduled to be done on time.  Northeast Missouri Project Engineer Brian Haeffner said the only weather problems MoDOT has encountered was some flooding this spring in northern Missouri, mostly interrupting the construction on the alternate Highway 63 bypass in Kirksville.

Currently in Boone, Callaway and Cole counties there are six MoDOT projects underway.  Haeffner said the construction is going to slow down after this summer because the agency is running out of money granted to them to fund the projects.

"All of the money from the stimulus bill have been let and awarded to contractors so now it is just a matter getting them finished," Haeffner said.

Haeffner said the money MoDOT received from Amendment Three was also running out.

"Well our construction program has been cut in half.  It averaged around $1.2 to $1.3 billion for the last five or six years.  Part of that was due to the stimulus funds.  Part of that was due to Amendment Three that the voters passed that takes some money that used to go to other state agencies and gave it back to MoDOT.  So losing all of those funds have about cut our funding in half to about $500 to $600 million a year now," Haeffner said.

MoDOT announced it is starting a new construction project on September 6 between Route B and Brown Station Road in Columbia.  MoDOT plans to widen the turning and driving lanes.