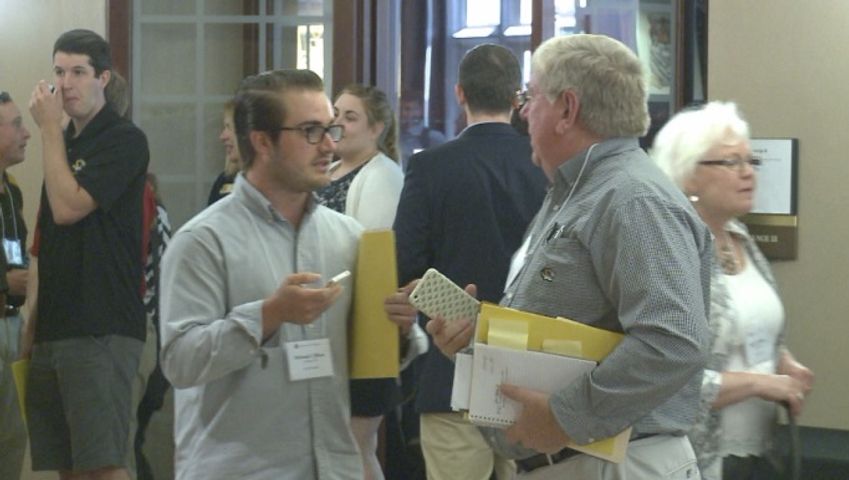 COLUMBIA - Greek students at the University of Missouri had the opportunity to address the Fraternity Alumni Consortium's proposals that would drastically change Greek life at the university.

"I think the big thing moving forward is to continue to have women at the table when it comes to making policies for our safety," Panhellenic Association (PHA) Presient Allison Fitts said.

Greek leaders said they were optimistic coming into the meeting. Blincow said the chapter presidents took a survey to gauge support of the various proposals. He said only the ban on hard liquor had student support.

"Our students told us loud and clear what they thought," Vice Chancellor of Student Affairs Cathy Scroggs said.

Scroggs said the administration plans to have a follow-up meeting in the fall and another next summer.

"What we're leaving with is saying, 'We all get it, we understand what the problem is, we know that there are solutions, and if we work together we can find those solutions," Scroggs said.

Part of moving forward includes holding people accountable for their actions and better informing students of the resources available on campus, such as the Rape and Sexual Violence Prevention Center or the Wellness Resource Center Scroggs said.

The ban on hard liquor in fraternity houses could go into effect as early as this fall, Blincow said. He also spoke about changing the culture of fraternity life on campus, specifically improving Title IX education, consent education, and basic awareness among all fraternity members.