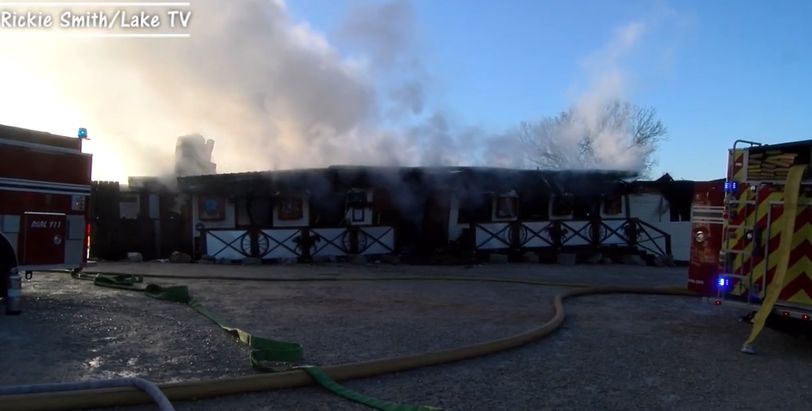 SUNRISE BEACH - A Sunrise Beach restaurant became fully engulfed with flames just as crews were trying to get in Saturday, according to a Sunrise Beach Fire Protection District press release.

A two-person crew arrived at Branding Iron restaurant just four minutes after the initial alarm sounded as they were returning from a large residential structure fire in Lake Ozark.

A second crew got to the restaurant two minutes later.

The firefighters arrived to find heavy smoke showing from the eaves, and the fire grew "in just seconds," according to the press release. That's when a second alarm was sounded.

No one was inside the structure at the time of the fire and there were no injuries.

An initial investigation suggests the fire was accidental, the fire district said.