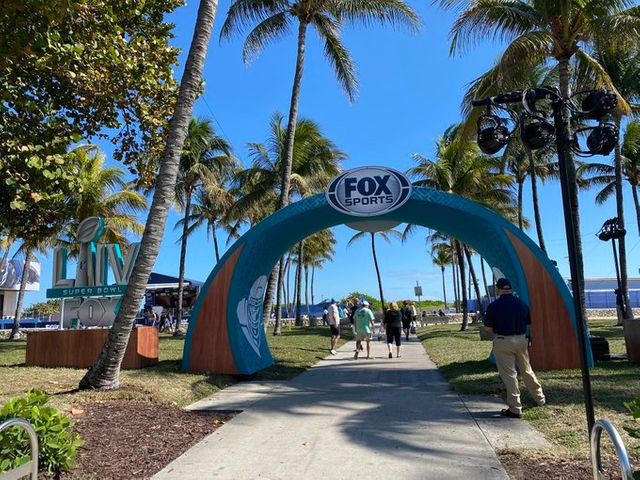 SOUTH BEACH - Fans from all over came to Ocean Drive Tuesday to see all the national media outlets talk with former and current athletes.

People stood around and took videos of the sets and watched the live events.

Chiefs fan, Ivan Colon, lives in Minnesota and his dad surprised him by asking him if he wanted to go to Miami for the week.

"Thirty years of fandom and I couldn't think of a better way to support them when they made the Super Bowl," said Colon.

Colon said he watched highlight reels from the Chiefs and instantly became a fan.

Like Colon, Chiefs fan Kevin Duda came to see the action, but this is not his first Super Bowl experience.

"I take the whole week off work and just chill out down here," said Duda.

Duda is a fan because of his fantasy league.

But Tuesday wasn't just a busy day for the fans. After the chaos of Opening Night, the Kansas City Chiefs talked with the media Tuesday morning in a much smaller setting. And the questions were focused more on Sunday's big game.

"We're going to fine tune it here. There are little tweaks that you'll make down here, but not drastic changes in the game plan. I like the focus that they have," Reid said.

Quarterback Patrick Mahomes said he isn't feeling too much pressure heading into the game on Sunday.

"I feel like if we just do that, we go out there and play fun, play together, play fast... then we will have a chance to win the game and that's what we want to do," he said.