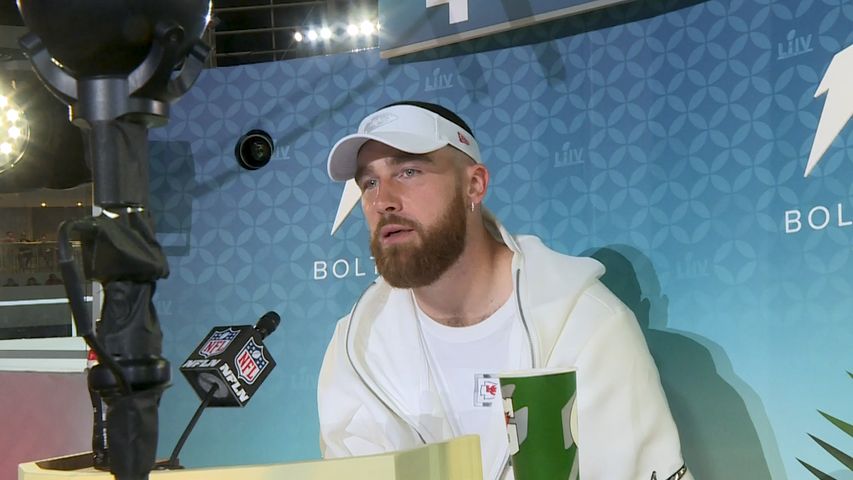 MIAMI- Opening night festivities for Super Bowl LIV kicked off Monday at Marlins Park and Chiefs fans showed up to show their support.

One member from event security said they had been at the stadium since midnight working on getting the event set up.

Doors opened at 4 p.m. for the event and fans got to know each other while waiting in line.

One fan said Chiefs quarterback Patrick Mahomes is one reason he's at the game.

“The quarterback is awesome man, especially him coming from baseball and the things that he does," Chiefs fan Berto Hill said. "And not only that, off the field. He does a lot of stuff off the field that a lot of people don’t see.”

Chiefs players addressed the crowd later that night for the first time since touching down in Miami and the San Francisco 49ers followed.

Chiefs tight end Travis Kelce said the team gets a taste of where they've been every year and they don't want to go back.

"I think all of that has been built up over the past seven years ever since Andy Reid got here," Kelce said. "There's a mentality that we either make it to the Super Bowl and win or it's a failure."

Other fans agreed that this is one of the coolest experiences ever and some have been waiting a long time for this.

“We’ve waited 37 years for this," Chiefs fan Ross Bielejeski said. "We’ve finally got a QB that knows how to finish games, we’ve got a whole squad, uh, it’s the best.”