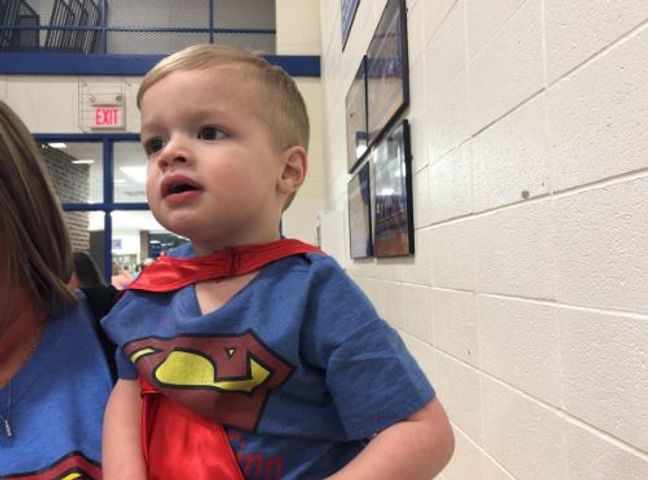 BOONVILLE - The gym filled with over 100 people roared with applause and laughter. In the gym, two-year-old Finn Shikles walked around in his red Superman cape with a big smile on his face.

A total of $7,000 was raised for Super Finn's inaugural autism fundraiser basketball game.

It was a showdown between "guns and hoses." Local law enforcement, firefighters and others from surrounding areas came together to play basketball for the fundraiser.

Finn was diagnosed with autism at 15 months old.

Grandparent Chris Shikles said being around Finn is a blessing.

"He's very special and we're very blessed to have him in our lives and he really is Super Finn," Shikles said.

Cooper County Fire Protection District Capt. Nathan Brandes said the firefighters like to help in any way they can.

"Anything we can do for charity for the community and just help anyone in general, that makes us feel real good inside," Brandes said.

The fire protection district presented a $250 check to Finn and his family after the first period of the game.

All proceeds will be given to Autism Speaks, MU's Thompson Center and local therapists.