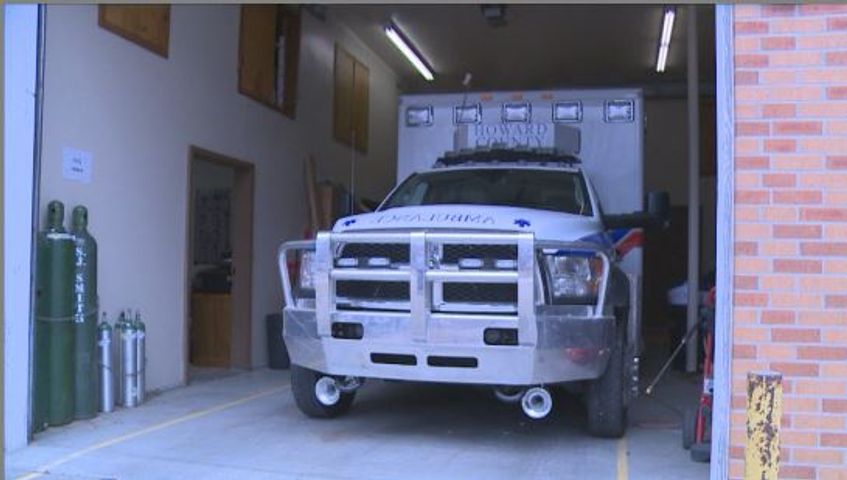 JEFFERSON CITY - Ambulance providers in Missouri are in the process of making tough financial decisions after they were hit hard financially Dec. 31 when Medicare extenders expired.

Last week the Missouri Ambulance Association said they held a conference call with Sen. Claire McCaskill's office asking for extenders to be passed. Nationwide there have been efforts to get the extenders reinstated without success.

Missouri Ambulance Association President Gene Bradley said due to a cost study from ten years ago, Congress approved a bonus payment for Medicare because the study that showed that super rural providers were 22.7 percent underfunded.

"There was a more recent study done in 2013 by the GAO that found on average the ambulance services were underfunded by 7 percent more than the originals,” Bradley said.

“We cover a little over a thousand square miles with two ambulances. So when one of those goes on a long distance transfer, we’re down to one ambulance to cover roughly 1100 square miles,” Bradley said. “Then we have one ambulance and if that one gets called out on a call, we have to call in a back up crew."

Most of these services operate on a very thin margin. With the loss of the extenders, Bradley said they are forced to reduce their budgets 20-25 percent, creating a real crisis.

“We'll have to look at someone to cut expenses, which could be, going back we run two trucks, it could be we could only run one, staff one vehicle,” Flaspohler said.

Medicare recipients make up the largest group of patients for all ambulance services.

In Missouri most rural counties have ambulance districts which are supported by a tax. The tax money generated covers 40-50 percent of the budget. The remainder of their operating funds come from fees for service for patient transports. According to Flaspohler, 75 percent of these patients were Medicare, which is one of the biggest issues.

According to Bradley, the loss of the Medicare extenders is putting Missouri’s ambulance services in extreme jeopardy of being able to care for the citizens of rural Missouri.

KOMU 8 News reached out to other ambulance providers in rural and urban counties, and they said they were not greatly affected by budget cuts.

TARGET 8: Nine counties without a hospital in mid-Missouri