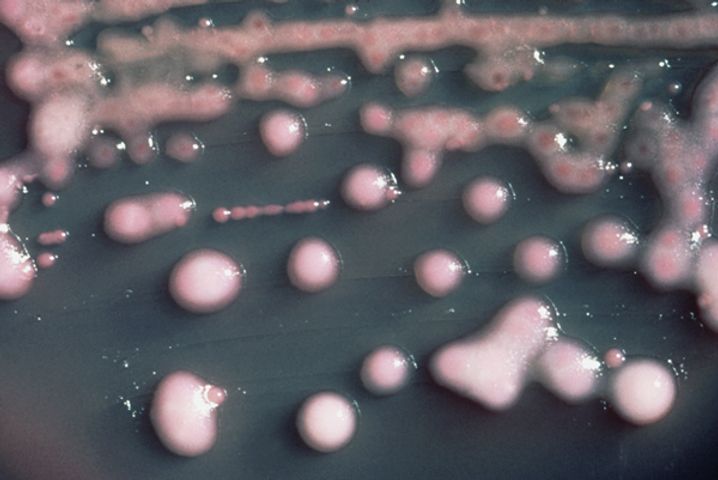 JEFFERSON CITY - What if live saving medicine stops working on a threatening bacteria? That is the nightmare more patients are facing across the country. The Center for Disease Control recently called for action to face the growing issue of a drug-resistent bacteria known as CRE.

"It was something that was very rare in hospitals before the millenium, but over the last decade we have seen it increase several folds in the United States," said Dr. Arjun Srinivasan from the Center of Disease Control.

CRE has now been recognized at least one time in 42 different states, among them Missouri. Out of 927 hospitals in the Midwest, 30 of them reported to have at least one incident in the first 6 months of last year.

"The concern is that CRE are almost impossible to treat. They are resistent to almost all of the antibiotics that are available to us right now and some of them are resistent to all of them. So they do truly pose the spectrum of untreatable infections," said Srinivasan.

CRE have high mortality rates. The germs kill one in two patients who get bloodstream infections from them.

There is no full overview of which hospitals in Missouri have seen CRE, because the hospitals don't need to report individual cases, only outbreaks.

"There have been no outbreaks or clusters of CRE reported by health care providers in Missouri," the Department of Health wrote in an e-mail.

In Mid-Missouri, two hospitals have confirmed to the media that they have seen incidents of CRE. St. Mary's Health Center saw one earlier this year, and last fall the Capital Region Medical center tested a patient positive for the bacteria. In both cases the patients have been released and are fine.

"We are very limited to the antibiotic we can treat the patient with. So what if the patient is allergic to the only medications that work for them? So then you just have to treat them supportedly until hopefully their body fights themselves. So it's very concerning," said Infection Preventionist at the Capital Region Medical Center, Valerie Lyon.

However, the frequency in the Midwest is significantly lower than in other parts of the country. While  3.2 percent of hospitals in the Midwest saw an incident, the number was 9.6 percent in the Northeast, according to the CDC.

"We don't know why it's more common some places than others. It's something we are working on to try to understand," said Srinivasan.

Srinivasan explains that how quickly CRE is spreading is partly a mystery. One of the main reasons is the overabuse of antibiotics for patients. Many also point to the growing use of antibiotics in food production.

"Improving the way we use antbiotics is a critical step," Srinivasan said.

The CDC is also calling for a number of measures to be taken by local health authorities and health care centers to protect patients. That includes control measures like hand hygiene, alcohol based hand sanitizers, wearing gowns and gloves and dedicating staff to patients with CRE in an isolated area.

"We don't believe it's a call for panic, but a call for action. What we need now is for people to look at guidance from the CDC, work with local departments, state departments and help their facilities to all work together to prevent the spread of the organisms," said Srinivasan.

Capital Region Medical Center is already taking the CDC's measures into precaution. One hope is that more companies will start developing new antibiotics that can treat the CRE and that a collective effort will curb the tide of the superbug. For now, their work philosophy is simple: