Supporters gather to walk for victims and survivors of abuse 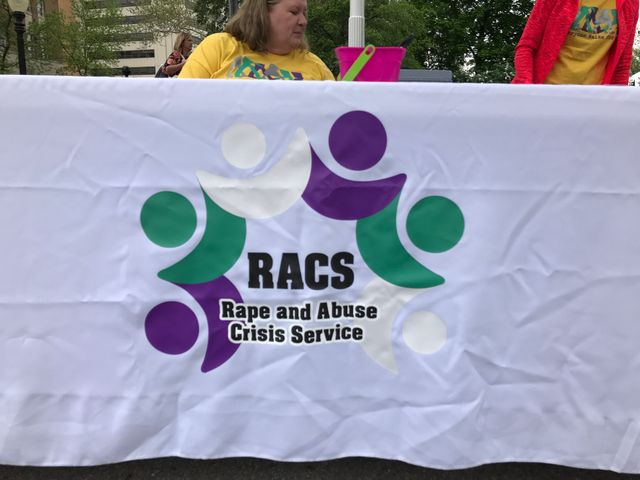 The walk, called Everyone Walks for RACS, was to raise awareness about domestic violence and the victims of it. April is sexual assault awareness month.

RACS provides services for those who are experiencing or have experienced domestic violence. The services provided included counseling, a hotline and an emergency shelter. It serves nine counties in the area.

RACS Executive Director Alden Henrickson said this is an important event for the center.

“We constantly have to reinforce what we do,” said Henrickson. “It’s a godsend we have a shelter, but it is also unfortunate that there’s so much of this going on we need a shelter.”

The walk also honored victims and survivors of domestic violence and sexual assault.

The group started its walk by the Governor's Mansion and continued down Madison Street.

Walkers held signs that protested abuse. They read survivors’ stories along the walk. Some--including men--chose to walk in heels, signifying walking in “her” shoes.

Walker Garrett Balmer said he was excited for his first walk in red heels with his company’s team.

“Univlever is a great supporter of RACS and I figured I’d be involved,” said Balmer. “I got my heels at Shoe Carnival.”

Awards were handed out for best high heels, the team that raised the most money and the team with the best spirit.

The money raised will go toward the shelter. RACS board member Angel Geiser said the event is important because it is the only fundraiser for RACS.

The walk involved about 65 people and raised more than $23,000 in donations, mostly from sponsors.

The walk has been going on for more than 10 years and RACS looks forward to it each year.