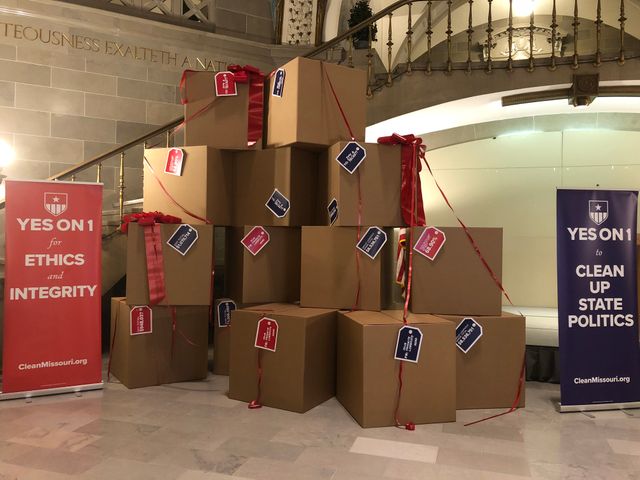 JEFFERSON CITY - Advocates for Amendment 1, also known as "Clean Missouri," rallied in the Capitol on Friday to spread awareness about why people need to vote "yes."

Rally organizers and supporters of Amendment 1 came together on Friday to talk about the former "Clean Missouri" amendment.

If Amendment 1 gets enough votes, campaign manager Benjamin Singer said it will:

Matthew Panik from the Missouri Chamber of Commerce said Amendment 1 will take away the communities that are already together.

"You get communities of interest that are already drawn together right now," Panik said. "With Amendment 1, you would end up with the skinny districts being drawn out and gerrymandered."

Former veteran Christine Doerr spoke at the rally and had different views than Panik. She said this amendment will bring good news for the state.

"Amendment 1 is a bipartisan solution that will eliminate all expensive lobbyist gifts to legislators," Doerr said.

Doerr said this needs to be addressed more when people talk about lobbyists.

"Since 2004, lobbyists with business before the state have given legislators nearly $900,000 a year in liquor, steak dinners, and overseas trips," Doerr said. "They hid the recipients of nearly 70% of the gifts, through a loophole that allows them to report gifts as going to groups, instead of naming the individual legislators who took the gifts."

Doerr and Singer both agree that all of this would be illegal under the Amendment 1 policy.

Panik disagrees and said the supporters of it want to have 50/50 districts drawn and that will be hard and impossible to do.