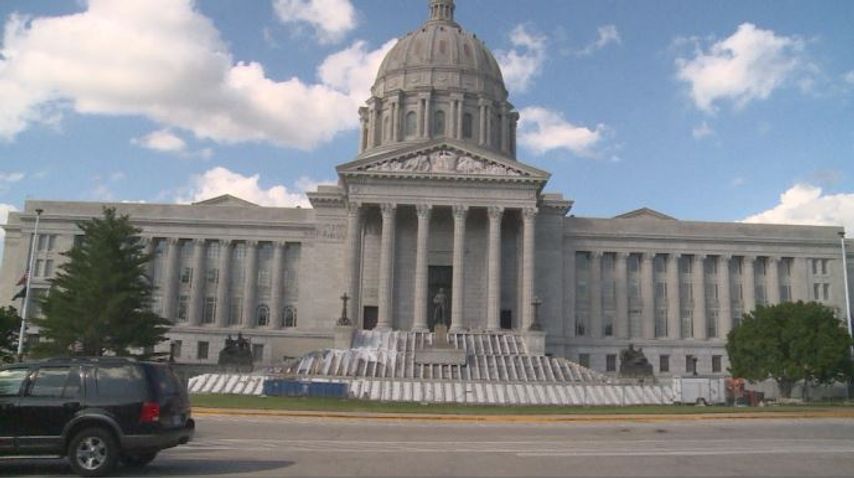 COLUMBIA —For some Missourians, a hacking cough or chronic knee pain is only the beginning of their problems.

Rather, when they feel sick or they are injured, they’re faced with a choice: go to a doctor and risk getting billed for costly, uncompensated care, or do nothing at all.

About 113,000 of these adults are stuck in the insurance coverage gap. They’re able-bodied adults, without children, who are working in food service, retail or other low-paying jobs that do not offer health insurance to employees. Because they earn too much to qualify for Medicaid but not enough for private insurance, paying the bulk of their health care costs is up to them.

Amendment 2 is designed to close that gap by expanding Medicaid eligibility to childless adults earning less than $18,000 a year, among other groups.

Opponents, however, say the cost of including over 100,000 new people in Missouri’s Medicaid program, known as MOHealthNet, is too much. The financial burden could cripple the state’s budget, forcing the legislature to shift funding from education or public safety, they say (The Missourian will examine the financial debate Thursday).

Supporters say that those fears are misguided and that shrinking the gap will prove to be a smart investment.

“Just because we don’t want to pay for a heart attack doesn’t mean it won’t happen,” said Heidi Miller, a St. Louis-area physician helping to spearhead the amendment.

After years of Affordable Care Act conversations being held during regular legislative sessions, Missourians will be able to vote on whether they want to expand Medicaid on Tuesday.

Medicaid provides health insurance for low-income Americans. It differs from Medicare, which is offered to those over 65 years old or certain people younger with disabilities.

Funded almost completely by both the federal and state governments, those eligible do not need to pay for the majority of their health care while enrolled.

In 2014, the Affordable Care Act allowed states to expand their Medicaid programs to cover all citizens earning below 138% of the federal poverty level. This equates to less than $17,236 a year for individuals and $28,676 a year for a family of three.

Under Missouri’s current Medicaid program, coverage is only offered to those who fall into specific categories:

It’s a system that Miller, a primary care doctor at Family Care Health Centers, describes as a patchwork.

Along with increased health care coverage for millions of Americans, the federal government would pay 90% of the costs for newly eligible patients, and states would pick up the remaining 10%. The split for those currently receiving Medicaid assistance in Missouri has the state covering 35%.

Despite the rosy benefits Medicaid expansion touted, some state governments — including Missouri's — remained skeptical about potential deficits to their budgets and chose not to adopt the expansion.

Only 25 states chose to initially implement expansion in 2014. Since then, 13 more have approved expansion either through the regular legislative process or ballot initiatives.

For the past several years, Miller has advocated for Medicaid expansion in front of the Missouri legislature. When Healthcare for Missouri asked to put the initiative on the ballot, she was the citizen that submitted the request.

The complicated specifications, lack of coverage for adults without dependents and relatively low coverage for parents can cause problems, Miller said.

For example, someone pregnant earning less than $18,000 annually would be eligible for Medicaid because they fall under Missouri’s FPL requirements. However, they would lose that coverage 60 days after giving birth because they no longer fit into the state’s salary requirements for parents — less than $3,000 annually. That person would then fall into the coverage gap.

Medicaid expansion would raise the minimums for parents and other categories, offering more eligibility.

Amendment 2 specifically addresses those whose income falls between the requirements for Missouri’s Medicaid and requirements for private insurance marketplace eligibility, said Jake Haselswerdt, an assistant professor in the MU Political Science Department.

“It’s basically impossible to get coverage in Missouri, no matter how poor you are, unless you’re part of those categorically eligible groups,” Haselswerdt said. Missouri is about average for the size of its coverage gap when compared to other non-expansion, he said.

According to a report by the Kaiser Family Foundation, 9% of Missourians were uninsured in 2018.

If voters expand Medicaid, anyone age 19 to 64 who earns less than 138% FPL becomes eligible for benefits, even without a disability. A fiscal analysis conducted by the Center for Health Economics and Policy at Washington University in St. Louis estimated that over 230,000 Missourians, including adults and children, would enroll.

Missouri State Treasurer Scott Fitzpatrick, however, said he felt the state’s current program was generous for the people it currently covered, such as children and those who are pregnant.

“I think Medicaid is designed for a vulnerable population,” Fitzpatrick said. “It’s not designed for people who are able to fend for themselves.”

Miller, who has worked with low income patients in Missouri for 17 years, said expansion would allow more adults to address health concerns before they become worse.

Sometimes, she said, patients must wait for their illness or injury to worsen to receive health insurance. When that happens, patients can lose their ability to work while treatments become more expensive.

“The least favorite part of my job is watching a patient deteriorate from their disease to the extent that they develop a disability, and then, they get their Medicaid,” Miller said during a roundtable hosted by the Boone County Medical Society in June.

The issue is compounded in hospital-poor rural Missouri, where populations are older and chronic diseases more prevalent, according to Centers for Disease Control and Prevention.

“Uninsured people are not going in for routine stuff,” Haselswerdt said. “They’re going to the hospital for an emergency, so it gets very costly in uncompensated care.”

A report by the Center for Health Economics and Policy at Washington University in St. Louis estimated about one-third of the expansion population would live in rural areas of Missouri.

Opponents to Medicaid expansion have said the provisions would cause massive spending deficits in the state’s general revenue fund. Fitzpatrick said money may have to be shifted from other sources to fund the expanded program.

“Should we be giving tax payer funded health care to able-bodied adults? Or, should we focus our available resources on funding education for our kids?” he said.

For more on the debate over the cost of expansion, watch KOMU Wednesday night at 10 p.m. and read the Missourian on Thursday.