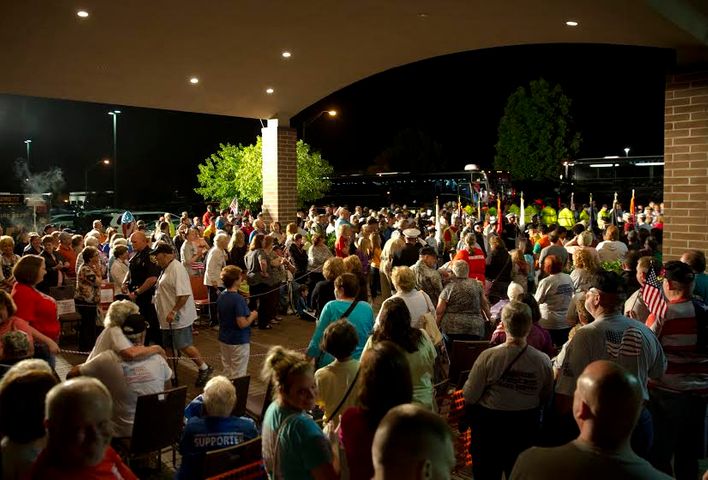 The free trip was to honor war veterans who fought in World War II, Korea, and Vietnam.

Motorcyclists served as escorts for each veteran, driving ahead of two buses full of veterans for the welcome back ceremony at Columbia's Courtyard by Marriott.

Vietnam War veteran Donnie Boes, who got to fly on Honor Flight 31 last year, he served as a motorcycle escort for Korean War veteran Wayne Taylor.

"The most overwhelming part of the whole thing is strangers welcome you and congratulating you," Boes said. "It really hits you hard, hits the heart."

Boes said the experience was quite different from when he came home from Vietnam, when veterans often were the object of scorn from anti-war protesters.

Shelly Bercker, Central Missouri Honor Flight's  community outreach coordinator, said this was the second flight of the year and the first one was in April.