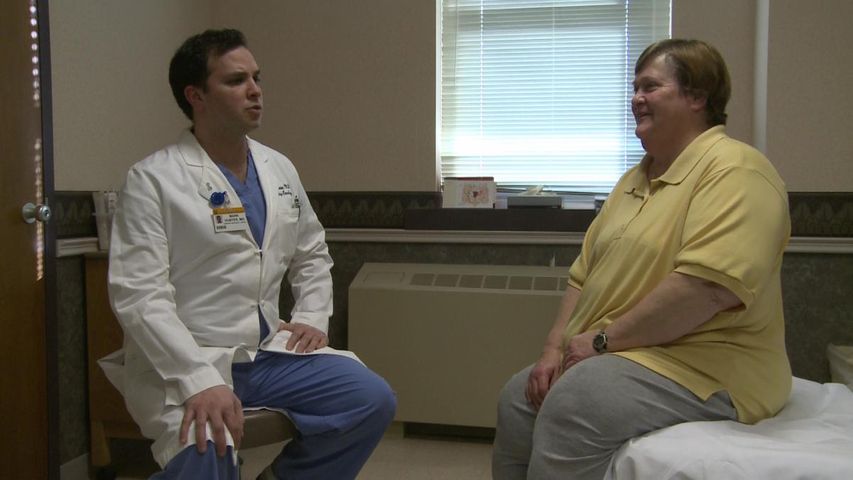 COLUMBIA - University Hospital began using a new dual-console da Vinci Surgical System one year ago this week. The surgical robot continues to benefit patients like Nancy Cassity. She underwent surgery using the da Vinci about two months ago and recommends it to others.

"It was a straight recovery without very much pain at all. I actually went off the pain meds right away," Cassity said.

According to University of Missouri Healthcare, the dual-console design allows two physicians to operate at the same time. Surgeons use the da Vinci to carry out general surgery, cardiac and non-cardiac thoracic surgery, oncology and gastrointestinal surgery among other procedures.

Dr. Mark Hunter has experience operating with the da Vinci. "You could take a woman who is maybe 400 pounds and would have a very large incision and major complications associated with surgery... instead that patient goes home in a day and has no complications," Hunter said. Dr. Hunter is a gynecologic oncology specialist with MU Healthcare.

MU Healthcare invested $3.2 million dollars to purchase the dual-console system. Physicians have used a da Vinci model operated by one person at Women's and Children's Hospital since 2008.

Although doctors refer to the da Vinci as a surgical "robot", a physician controls the system's movements at all times.