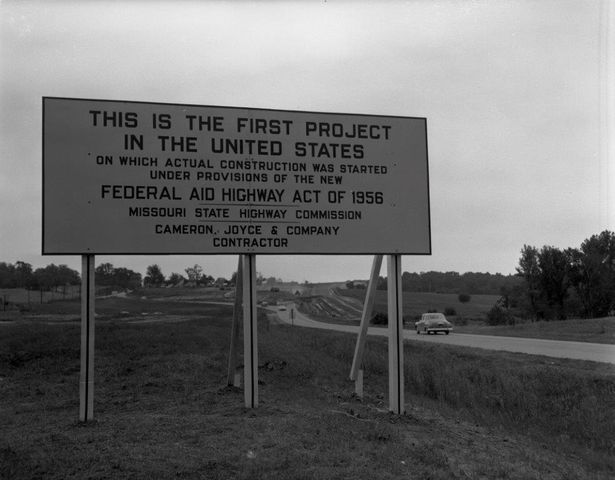 KOMU 8 News surveyed more than 100 people for its May edition of Town Square, a special project that lets the viewers drive the conversation, and found many of our viewers think something needs to be done about aging infrastructure in Missouri. Its how to fund those improvements that has them divided.

There are two options currently on the table: converting I-70 into a toll road and raising the gas tax.

MoDOT recently released a report stating Interstate 70 is suffering due to increased traffic, heavier loads and aging infrastructure. To combat the declining system, MoDOT proposed building a toll road from Wentzville to Independence. It suggests charging a 10 to 15 cent fee per mile for passengers cars, and two to three times that for trucks. That calculates out to nearly $20 from Columbia to St. Louis.

In our non-scientific survey, nearly 70 percent of respondents said they oppose a toll road. Several people said MoDot needs to reassess how it manages the funding it already has. Others cited the inconvenience of tolls. Some said it would place an unfair burden on commuters who rely on I-70.

30 percent of respondents said they support a toll road. A common theme for them: that it would pay for repairs by charging people who actually use the highway and that the many non-residents who travel I-70 would be among those paying to improve the road.

Veteran truck driver Kevin Quigley, who travels on Missouri highways regularly, said he also would not use the I-70 if MoDOT implemented the toll.

Quigley described the roads as "rough" and littered with pot holes.

"They need to fix the potholes on the right sides of the right lane, which I don't know what tears that side up more then the other side, but the edge is bad. In a lot of places there's potholes two, three, four inches deep."

Another driver, however, said Missouri roads appear to stack up relatively well compared to the rest of the country.

"I've been to all 48 contiguous states right now and I'd say Missouri stands up quite well compared to the rest," truck driver Clint Trentman said. "It was a rough winter in most parts of the country. The freeze and thaw damages the roads and places like Tennessee and Arkansas right now are awful. They've actually closed certain lanes on I-40 just because of the potholes. They're so bad."

MoDOT has outlined three possible options for improvements to I-70, which range from a $2 billion plan to a more elaborate $4 billion plan. The low-end proposal suggests replacing all the existing pavement and adding lanes, while improving some of the interchanges along the interstate.

A second alternative has a $3 billion price tag. It would include replacing all of the pavement as well as all of the interchanges and add a minimum of one lane in each direction.

Lastly, MoDOT outlined a $4 billion project that would convert I-70 into an eight lane system with four lanes dedicated to overhaul trucks. It states the lane designations would increase safety by lowering the interaction between trucks and passenger cars.

Lawmakers have also proposed increasing the gas tax. Missouri has one of the lowest taxes in the country.

The Senate could vote by Friday, when the current session ends, on SB 540, which would increase the gas tax by 1.5 cents. An earlier measure to raise the tax by two cents stalled.

A gas tax increase got wide support in the KOMU 8 News survey, with nearly 60 percent of respondents favoring the idea. Many of said the proposed increase is relatively cheap and is reasonable given the condition of Missouri roads.

More than half of the respondents said they drive 50 or more miles per week on average.

Mike Bellman, a respondent on the Town Square survey, operates his own computer repair business and said he spends a lot of time in the car and driving around Columbia and its neighboring communities. He said he would be in favor of a gas tax.

"I do agree with the gas tax if it were able to increase the funding for the roads," he said. "I don't want to a gas tax supplant a funding in such a way that it decreases the revenue in the general revenue fund."

Until a large renovation can be made, Bellman said MoDOT needs to focus on better care for road markings and reflective surfaces.

"I feel that area has been neglected quite a lot where even if the road markings are applied they don't last very long they're not high quality,very often the reflectiveness is poor" he said. " if a tax or another fee was involved i would hope that some of that would go toward road markings."

MoDOT officials said, with current projects, they expect I-70 to be stop and go from Kansas City to St. Louis if changes are not made.

MoDOT said its current budget will require the agency to leave more than 25,000 miles of roads largely unattended and the state is in danger of losing federal funding because of shortfalls.