Suspect in custody after stealing drugs from Holts Summit Pharmacy 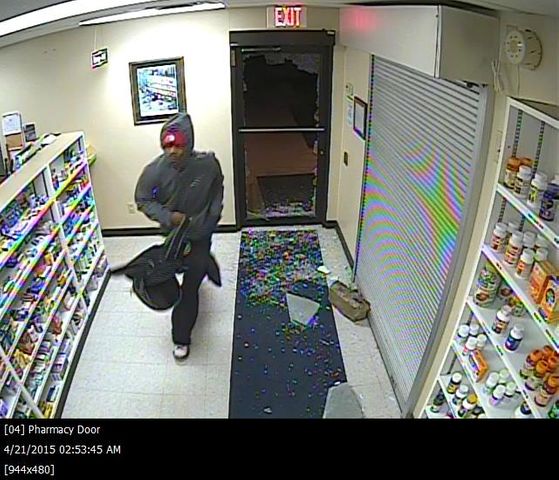 HOLTS SUMMIT - A suspect is in custody after the break-in Tuesday morning at the St. Mary's Holts Summit Clinical Pharmacy.

Sgt. Haycook with the Holts Summit Police Department said they credit social media and the community's willingness to submit tips.

Haycook credited the JCPD with their cooperation to locate the suspect quickly.

Officers were dispatched to the business in the 100 block of Northstar Drive and discovered the front door's glass was shattered.

According to police, the suspect stole promethazine/codeine syrup.

The suspect is described as a black male, wearing dark pants, a gray hooded sweatshirt and a red cap. Based on images from the surveillance video, investigators believe the suspect is in his late teens or early 20s.

Anyone with information regarding the break-in is encouraged to contact Holts Summit Police Department at 573-896-4678.

[Editor's note: The headline and body of this story has been updated to reflect that the suspect has been captured.]