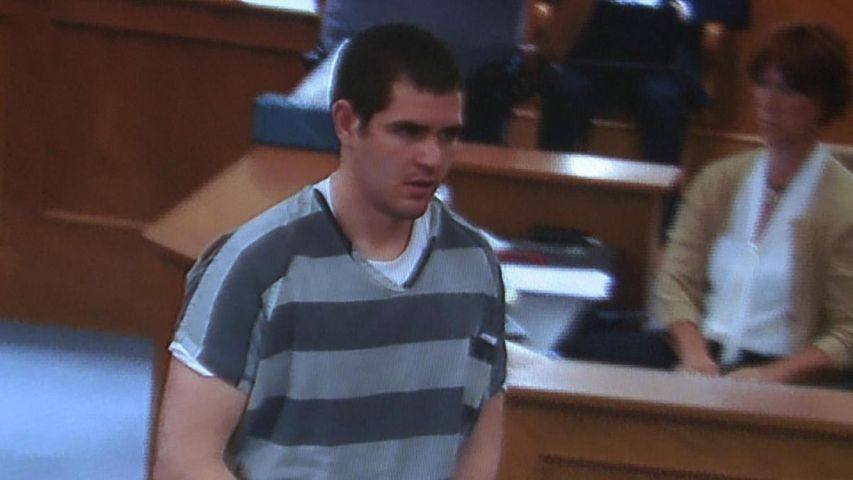 COLUMBIA - Suspected kidnapper Brian Adkison showed up in Boone County Court for his scheduled arraignment Monday afternoon. It was his first appearance in Boone County since his initial arrest in June 2013. Adkison is accused of burglary, forcible rape and deviate sexual assault involving 23-year-old University of Missouri student, Lauren Crawford, who is his ex-girlfriend.

Adkison faced Judge Gary Oxenhandler Monday without the presence of an attorney. Adkison said he has consulted with Ross Nigro, a defense attorney in Kansas City, but he was not present at Monday's arraignment. Oxenhandler said Nigro must be present at his new June 30 arraignment.

Adkison was originally incarcerated in Caldwell County on suspicion of kidnapping Crawford. Authorities said Adkison fled Caldwell County after escaping the county detention center in August 2013. Police found him in Cuyahoga County, Ohio and arrested him there September 4.

In Caldwell County, Adkison is charged with kidnapping, domestic assault and violating a protection order as well as escape or attempted escape and damage to jail or jail property. Prosecutors said Adkison's request for the right to a speedy trial is what brought him back to Missouri. Adkison returned to Missouri in early May after being incarcerated in Ohio since he pleaded guilty there to two counts of receiving stolen property, two counts of failure to comply [with authorities] and one charge of petty theft.

In addition to the charges in Boone County and Caldwell County, Adkison also faces charges in three other Missouri counties.