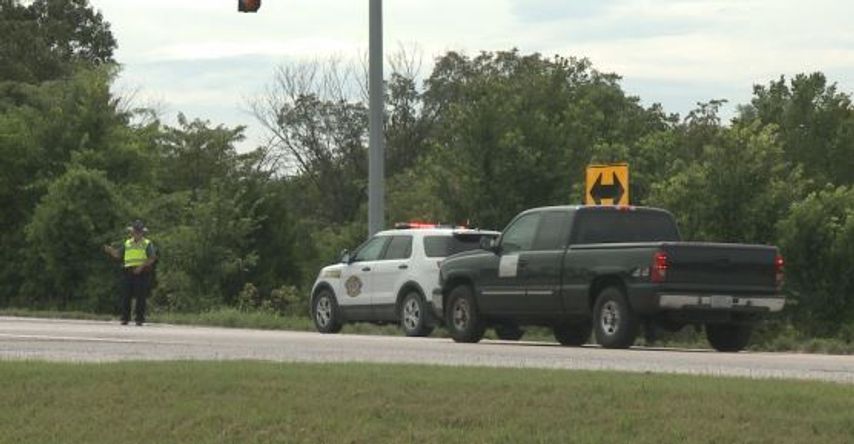 HICKORY COUNTY - Two suspects were taken into custody and hospitalized Thursday, after a car chase ended in a shooting with state troopers in Hickory County.

Law enforcement agencies had not released the suspects' names as of late Thursday, but Missouri State Highway Patrol Corporal Scott White said one suspect is in Osage Beach's Lake Regional Hospital and the other is at Mercy Hospital in Springfield.

White said the suspects, who led multiple law enforcement agencies on a chase across counties, started to shoot at state troopers around 3:10 p.m. in Hickory County. White said troopers fired back and that both suspects suffered gunshot wounds. White said the suspects injuries are believed to be non-life threatening. Troopers involved did not suffer any injuries. Thursday afternoon's chase lasted for more than an hour, spanning more than 100 miles.

"I was coming down Highway 54 East and I was right at State Highway BB," witness Garry Johnson said. "We were going down a hill and at the top of that hill, there were vehicles on the high side of the hill. I couldn't tell how many. There were massive amounts of police, fire and ambulances."

Law enforcement said Thursday's events began in Kansas City with the suspects using a black sedan in an armed robbery. Officials said the sedan traveled to mid-Missouri, but crashed at 1:07 p.m. in Callaway County. The Callaway County Sheriff's Department confirmed that an employee at RC Autobody, across from the crash scene, had been shot during an exchange with the two suspects. Deputies said the suspects stole a black Hyundai Genesis from the auto body shop before taking off and beginning the multi-county chase.

The employee of RC Autobody is expected to make a full recovery.

A trooper in Miller County located the stolen Hyundai Genesis at 2:30 p.m. near route W and Highway 54. The highway patrol started following the suspect vehicle and deployed a spike strip near Osage Beach. He said the suspects vehicle hit the strip causing damage to the car.

"Ranging from felony assault, stealing a motor vehicle, robbery and just a whole gamut of charges," Chism said. "Not to mention they'll have multiple charges in various counties including Lake of the Ozarks for the police chase in that area."