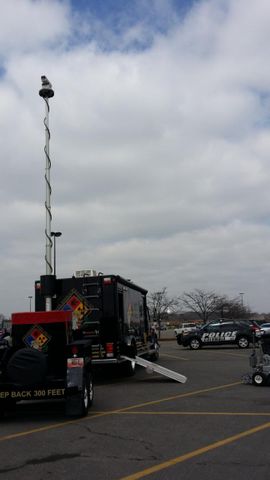 The Columbia Police Department received a call at 12:18 Wednesday afternoon and soon after the Columbia Fire Department was rquested to be on the scene at 12:29.

The Mid-Missouri Bomb Squad was also on the scene to check on the unattended bag. A robot on wheels took an x-ray of the suitcase and then members from the bomb squad processed and analyzed the content.

There were no explosives in the suitcase and the Columbia Police Department took down the yellow tape surrounding the scene.