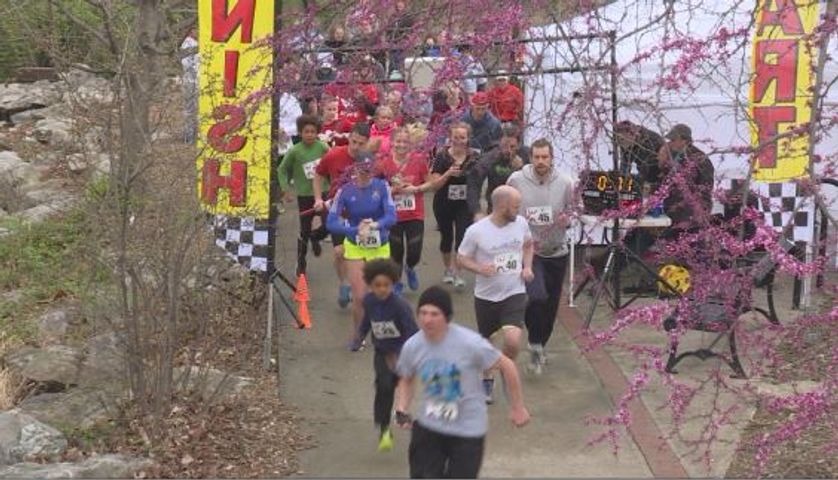 COLUMBIA - A local organization sought to raise awareness about renewable energy by having people exert some.

Renew Missouri, a policy advocacy group based in Columbia, is hosting an "Earth Day 5-K" race to bring attention to the lack of energy efficiency in Missouri.

The race took place in Flat Branch Park and extended through the MKT trail.

"When you look at the ability to be involved with where your power comes from and what kind of power your using, that's something that the average citizen does have control over," said Renew Missouri Executive Director James Owen. "We're trying to educate citizens about that as well as fund our work in Jefferson City."

According to the organization's website, proceeds collected will "support [their] mission of transforming Missouri into a Top 20 state in renewable energy and energy efficiency by 2020."

"We are always trying to educate people and that takes a lot of personnel and a lot of talent," Owen said. "We are successful and we are making a difference in the state but we have to have the resources to do it."

One organizer, Elizabeth Gower, said recent weather conditions initially had them weary about the turnout.

"We've had some questionable weather lately; Its been kind of cold," Gower said. "It was kind of a little concerning leading up to [the race] but this is a pretty good turn out."

The "Earth Day 5-K" was the first in a series of Earth Day themed events taking place in downtown Columbia today.