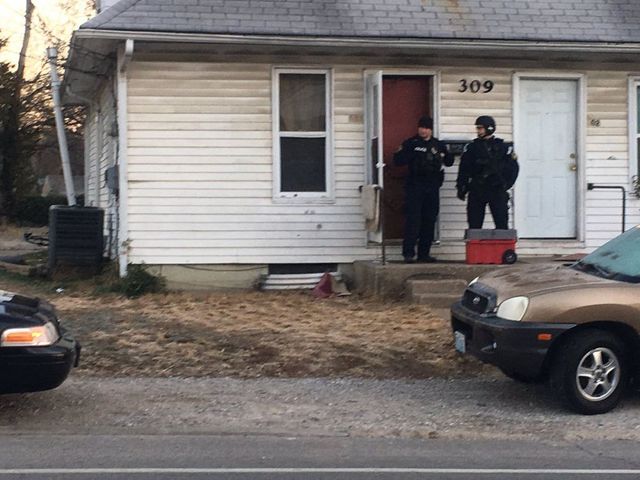 COLUMBIA - At least four people have been detained after police and SWAT team members raided a house in central Columbia Friday morning.

Officers took one woman into custody around 7:20 a.m. at a house on West Worley Street. They detained another man at the house next door about 15 minutes later.

Jones said police have had multiple issues with the residence in the past, including drug-related incidents, and incidents related to violence. A shots-fired incident took place there last Saturday.

A viewer told KOMU 8 that earlier in the morning, when police and SWAT teams arrived, they were yelling for at least one person in the house to come out.

The Columbia Police Department's Street Crime and K-9 Units were also at the scene of the arrests.

KOMU 8 talked to a neighbor who said they've heard loud music coming from the home. Another neighbor said police presence isn't new at the home and talked about a shots-fired incident that occurred last Sunday.

The investigation is ongoing and KOMU 8 will update this story as more information becomes available.

[Editor's note: This story has been updated to reflect the most recent information.]