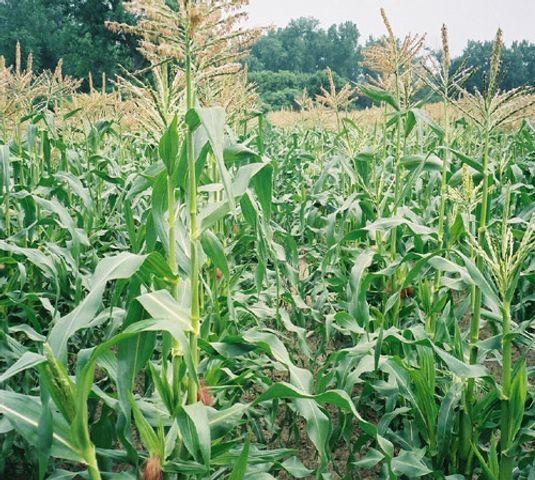 HARTSBURG - A new version of a popular weed killer used on genetically modified corn and soybeans has been approved in six states, but critics say it is harmful to public health.

The Environment Protection Agency announced Wednesday it has approved the use of the weed killer called 2,4-D or Enlist Duo. The 2,4-D is added to the original glyphosate product. It is now allowed in Illinois, Indiana, Iowa, Ohio, South Dakota and Wisconsin. The agency said it is taking comments on whether to register the herbicide in 10 additional states: Arkansas, Kansas, Louisiana, Minnesota, Mississippi, Nebraska, Oklahoma, Tennessee, North Dakota and Missouri.

The weed killer is a new version of the popular herbicide used since the 1940's and was approved by the Agriculture Department last month.

The seeds are engineered to resist the herbicide, so farmers can spray the fields after the plants emerge and kill the weeds while leaving crops unharmed.

"It is almost impossible to think that their won't be issues with this in the future," said Welch.

The EPA said in a release that the agency's decision reflects a large body of science, and officials used "highly conservative and protective assumptions to evaluate human health and ecological risks". The EPA said the herbicide meets safety standards for the public, agricultural workers and endangered species. This is the third time the EPA has reviewed the safety of the herbicide in recent years.

Farmers said the tools are needed to combat growing weed problems across the country. Weeds resistant to the glyphosate can invade fields and spread quickly, sucking up needed resources and causing lower yields.

Activists for organic crops have expressed concern that weeds will eventually become resistant to this herbicide as they did the other. The EPA says it is requiring better surveying and reporting of weeds to try and get ahead of that problem. The approval will expire in six years, allowing the EPA to revisit the issue of resistance.

To further address concerns, the EPA is requiring a 30-foot buffer zone where the herbicide can't be sprayed.

A Hartsburg farmer Glen Beckmeyer said he will use Enlist Duo if it is approved in Missouri. He also said these are fewer chemicals being used in farming overall than in decades past.

"Back before all of the Genetically Modified Organisms, we were using quite a bit more chemicals," said Beckmeyer. "It was just the one chemical [glyphosate] for twenty years, where as before we were putting down two or three all the time".

Dow AgroSciences said it would announce in the coming weeks when it will start marketing Enlist Duo.