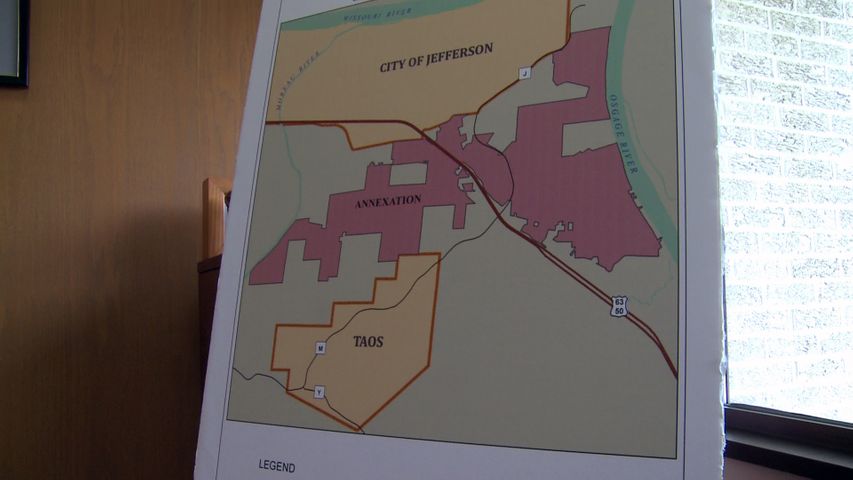 TAOS - Maurice Muenks used to live in unincorporated Cole County, but he explained Wednesday how he became a resident of Taos. In September of 2010, the city annexed an area in to its north, more than double its geographical size. Taos now goes right up to the Jefferson City limits.

"We're all a small community, and we just feel like one group," Muenks said of the people in Taos. "We work all together on fall picnics and suppers, and I want to contribute as much as I can to Taos."

Muenks owns a business and lives right off Liberty Road in Taos, but his mailing adress still says Jefferson City because the town doesn't have a post office. The northern part of his property borders the southern edge of Jefferson City.

"Well it would be nice since we're in Taos if it would be changed to Taos," Muenks said of the mailing address. "But get a post office in Toas? You know I don't think that'll happen."

The Jefferson City council discussed its options about what to do about the land to the south. The city has already hired Lauber Municipal Law, LLC out of Lee's Summit to determine whether what Taos did was truly legal, adding an area "not contiguous and compact." City attorney Nathan Nickolaus said he doesn't think Jefferson City will sue Taos because of it, but he did not rule out the option.