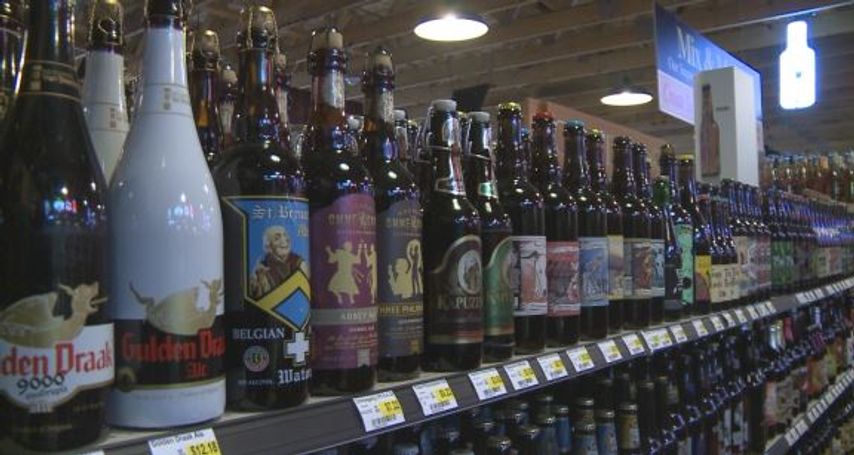 COLUMBIA- Beer on tap could come to a convenient store near you.

A Missouri House bill, if passed, would allow any store with a valid liquor license to sell draft beer on their premises.

That means many gas stations and grocery stores would join bars and restaurants selling draft beer.

However according to the bill, the beer would have to be sold in a thirty-two ounce container known as a "growler".

One Columbia resident said he supports the proposed changes and would purchase a growler from one of the potential new retailers.

"Absolutely I would, especially a place like Macadoodles because that's kinda what their schtick is," Robert Cambria said. "At your local BreakTime, I don't know if they are ever going to pick up on it, but yeah I think it's a good idea."

The proposed changes would not only help grocery stores and gas stations generate more revenue, it would also help local breweries as well.

Logboat Brewing Company is one of only a few local breweries in Columbia and said it would be excited about the possible change.

"On the surface level, sure, more places that can sell craft beer, that's great," said Tyson Hunt of Logboat Brewing Company. "I like the idea of more retailers being able to sell growlers."

However, the company did address some concerns over how the beer would be handled.

Training on how to maintain a clean tap is included in the bill, but information on how to properly pour and fill a growler is not currently included.

According to Hunt, there is a lot more to filling a growler than just simply pouring beer into a jug.

"It's making sure from the keg to the draft line, you've got clean lines and someone is knowledgeable about the product," Hunt said. "It puts extra burden on the distributors and the retail establishment as well to make sure that the pour that they are giving is of quality. So that is a concern to make sure all those logistics are thought through."

Hunt said he would like to make sure standards are met before the company goes all in on local retailers selling their beer on tap.

According to the Brewers Association, Missouri would join 33 other states in allowing retailer to sell growlers or container equivalents if the bill passes.